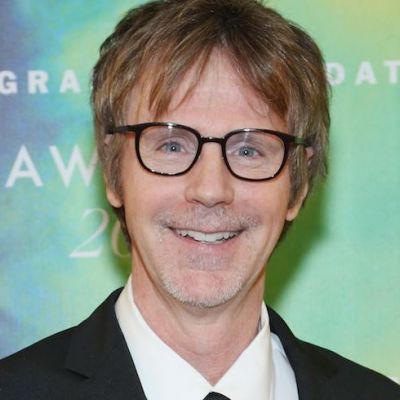 Dana Carvey is a stand-up comedian and actor from the United States of America. From 1986 to 2016, he was a regular on NBC’s late-night.

Dana Thomas Carvey was born in Missoula, Montana, on June 2, 1955. Bud Carvey, his father, and Billie Carvey, his mother, were both teachers. Brad Carvey, Mark Carvey, and Scott Carvey are Dana Carvey’s three brothers. Lori Carvey, his sister, is also an actor. Brad Carvey, his brother, is an engineer who is well-known for creating the Video Toaster, a system used in producing and editing movies and TV shows.

Dana moved to San Carlos, California, with his family when he was about three years old, where he attended Tierra Linda Junior High and later Carlmont High School. He graduated from San Francisco State University with a bachelor’s degree in broadcast communications.

He appeared in the horror film Halloween II, the comedy series One of the Boys, the musical comedy film This Is Spinal Tap, the drama film Racing with the Moon, the comedy film Tough Guys, and the action series Blue Thunder in the early 1980s. Tough Guys, on the other hand, catapulted Dana Carvey to stardom. Dana Carvey first appeared on Saturday Night Live in 1986, and he helped the show become one of the most popular. He took a break from the show for a while, but his last appearance was in 2016, and it wasn’t credited to him.

Dana Carvey debuted his sketch comedy TV show, The Dana Carvey Show, on March 12, 1996, on ABC, but it was only a one-season, eight-episode run that ended on April 30, 1996. During the 1990s, he also appeared in films such as Opportunity Knocks, Wayne’s World, Wayne’s World 2, Clean Slate, The Road to Wellville, and Trapped in Paradise. While in the 1990s, he appeared on The Larry Sanders Show, Just Shoot Me!, and LateLine.

Dana Carvey starred in The Master of Disguise, an adventure comedy film that received negative reviews and ratings from viewers. Dana then stated that he wants to stop acting in TV films and series and that he prefers stand-up comedy work because he wants to spend more time with his family.

Later that year, Dana Carvey appeared in the short comedy film Presidential Reunion, followed by the 2011 comedy film Jack and Jill, among others. In 2013, he also appeared in The Funster, a comedy TV mini-series. Dana Carvey’s 2017 film appearances include Becoming Bond, a biography comedy, and Sandy Wexler, a comedy web-film.

He has a long list of awards and nominations. He has received a Primetime Emmy Award for Individual Performance – Variety or Music Program (Saturday Night Live), three American Comedy Awards for Funniest Supporting Male Performer in a TV Series (Saturday Night Live, 1989, 1990, and 1991), and an MTV Movie Award for Best On-Screen Duo (Wayne’s World).

He had a fatal coronary artery bypass surgery in 1997, so he sued and received $8 million, which he donated to charity. Later, he underwent additional surgeries to address his heart problems.

Dana Carvey’s Salary and Net Worth

His net worth is estimated to be $30 million as of August 2022. His fortune stems from his incredible talent as an actor and comedian, as well as the tours he did for a while. Dana Carvey earned $700,000 from the 1990 action comedy, Opportunity Knocks. He was well-paid for his roles in Wayne’s World, Saturday Night Live, and The Dana Carvey Show.