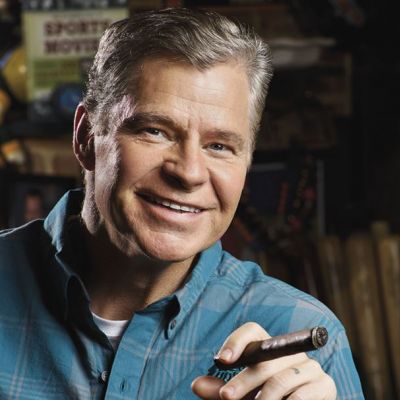 Dan Patrick is well known as an American sportscaster, actor, and radio personality for his work at ESPN. He was born on May 15, 1956.

He was well-known as a basketball player in high school. Here, he set a single-game personal best with 36 points and was named to the AP Class AA All-Ohio third team. Furthermore, he received his diploma in 1974.

He began his career as an on-air celebrity with an album rock-configured WVUD and later, WTUE in Dayton, Ohio (from 1979 to 1983), under his original name. Following that, he worked for ESPN.

He later worked as a sports reporter for CNN (from 1983 to 1989), covering events such as the NBA Finals, the World Series, and the Winter Olympics.

Dan Patrick’s Income And Net Worth