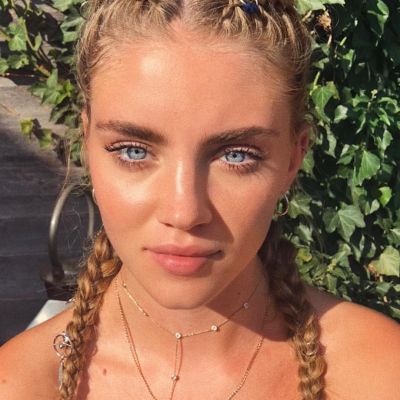 Daisy Jelley is well known as a model from the United Kingdom. She is also a well-known social media figure.

She began dancing at a very early age. Jelley also received her training at the Base Dance Studios. She was a quiet kid. Her name was also inspired by her great-grandmother. Dolphins, dogs, turtles, and lions are among her favorite species. Her favorite color is blue, but she normally dresses in black. Chelsea is still her dream football player.

When it comes to her education, she attended boarding school. Abeunt Studia in Mores is the name of her college. In Hurtwood House, he studied Arts, as well as dance, media, and theatre. She has not enrolled in university and is currently concentrating on her modeling career.

Daisy Jelley is an English model who works in the fashion industry. Select Model London, Select Model Los Angeles, Mc Squared Tel Aviv, and Select Model Stockholm are among her clients. She works as a model full-time. She began modeling at the age of eleven.

Aside from that, she has pursued a career in social networking. On September 3, 2017, she established an Instagram account and posted her first solo photo. “My face reveals my feelings about having to wake up at 6 every morning again,” she captioned the post. She was dressed in an American Apparel outfit. Furthermore, she maintains regular lifestyle posts on her Instagram accounts.

She has even included her family in her own Tiktok video from the Christmas season. Typically, she performs dance videos that have drawn a large number of fans.

In addition, she started a Youtube account on June 5, 2016, which she opened. She did, though, begin uploading the video a year ago. “15-MINUTE MODEL AB WORKOUT (no equipment)” was the title of her first debut video. It was released on the 2nd of February, 2019. To date, it has received 24,299 views. Since she is a model, she has posted a 15-minute routine that incorporates all of her favorite ab workouts.

She’s identified herself as “yet another girl out here experimenting with YouTube.” Similarly, she has a few videos on her YouTube channel about a modeling job. Her videos are beneficial to people who are interested in modeling.

“My daily makeup and SKINCARE routine,” for example, is one of her Youtube posts.

Daisy Jelley is a full-time model and a social media star who has made a good living off her job. She has not, however, publicly revealed her precise net worth or yearly pay. She is, though, enjoying a luxurious lifestyle and has been to many countries as a result of her good fortune.

Daisy Jelley’s marital status is that she is in a relationship. She revealed that she is dating her best friend in one of her YouTube videos titled “50 things about me.” She has not, however, listed his name or shared photographs of the two of them on social media. Jelley hasn’t spoken anything about her partnership other than to keep things out of the public eye. She is currently more oriented on her work as well.

Furthermore, she has avoided criticism in both her personal and professional lives. Until now, she has succeeded in keeping a clear profile.

She has more than 169k Instagram followers under the name @daisyjelley. Similarly, she has 935.3 million Facebook fans and 11.4 million Likes. She already has a YouTube channel with more than 7.05 million viewers.