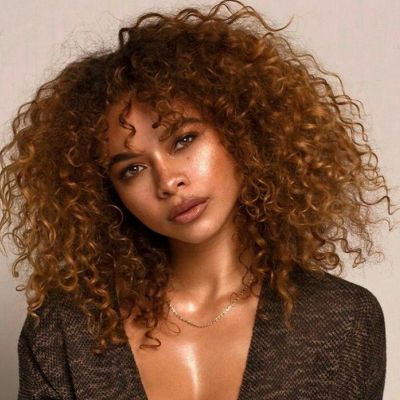 Crystal Westbrooks will be 28 years old in 2021. She was born in Florida on March 6, 1993, under the zodiac sign Pisces. Candice Westbrooks is her mother’s name, and Warren Westbrooks is her father’s. They are the owners of Royal Blunts, a cigar and landscaping firm. She is the youngest of six siblings, with two brothers and four sisters. Pop and Blake are the names of her brothers. She also has three older sisters, Brooke, Morgan, and Bree, as well as a younger sister, India, who is an internet celebrity.

Similarly, she is of mixed origin, with American, African-American, Mexican, and Creole ancestors. Despite being born in Florida, she grew up in Compton, Southern Los Angeles County, California.

Moving on to Crystal Westbrooks’ educational background, she attended Ambler Avenue Elementary School in Carson and Santiago High School in Corona. When she was in school, she was affectionately referred to as Hippie since she was a free-spirited individual with a very communicative attitude. Her fashion taste reflects her free-spirited personality.

She continued her study at Texas Southern University (TSU) in Houston, Texas, where she studied in business finance and graduated in 2016.

When it comes to Crystal Westbrooks’ professional life, she is a well-known American personality who was inspired by the success of her younger sister India. She began her internet career by creating a Tumblr account. She, like her sister, set up an Instagram account.

On August 30, 2013, she posted her first Instagram photo, which was of her wearing a tight white t-shirt and jean shorts. With new photographs, she gradually began to gain more fan followers to her page. As her fame grew, corporations from all over the world began to inquire about her modeling ambitions. Then, she first connected with an online fashion company named Harley Dreux, and she quickly accepted the offer, formally becoming a model.

Similarly, she quickly rose in popularity, resulting in more modeling opportunities. She began obtaining deals with a variety of well-known brands, including The Queen Pegasus Makeup, Tiffany Jewels, Eburns Styling, Slender Me Medical Health Spa, and many more. She then created her own hair product line. Her followers were always curious about how she maintained her golden locks, and she capitalized on their curiosity by launching the Crystal Curls hair care line. Shampoos, leave-in conditioners, and conditioners are among her hair care products.

As a result, she also introduced a line of low-cost bikinis on her website. Her website, ‘Crystal Bleus,’ sells women’s swimwear. She designed the clothing for her site, which sells it at a low cost.

She also appeared on the reality show “The Westbrooks,” which her father was heavily involved in developing. As dad records his girls and sends tapes to other television networks, the Westbrook sisters’ popularity grows. After much deliberation, she and her four sisters were given the opportunity to appear on the channel titled ‘Black Entertainment Television.’ The first episode of the show, titled ‘The Westbrooks,’ aired in 2015. This show depicted every detail of their life as well as the relationship they share.

Crystal and her sisters were observed on a daily basis in a “Keeping Up With the Kardashians” style, displaying their life problems and accomplishments in both personal and professional lives. Following the show’s announcement, the Westbrooks sisters were linked to the Kardashians and attributed to their rivals.

In addition, she launched her own YouTube account and posted her first video, titled “My trip to Cabo, Mexico | Crystal Westbrooks,” on June 3, 2018, which has received over 43k views to far. However, she has only posted one video of herself and has been inactive since then. Nonetheless, she may give her YouTube career a boost in the future.

In terms of Crystal Westbrooks’ earnings, she is one of the popular siblings among the Wetsbrooks sisters who has been approached by high fashion labels for modeling and also has her own hair products. She has made a good living from her internet pursuits. She lives a luxurious lifestyle and can manage her finances on her own. As a result, her net worth is estimated to be approximately $1 million. Her assets will undoubtedly increase in the following years, assuming she successfully continues her work.

Is Crystal Westbrooks dating anyone? What is the name of her boyfriend?

Crystal Westbrooks’ relationship status is unknown, however she appears to be in a relationship with rapper Steven Russell, according to sources. She has not, however, verified her connection on her social media accounts. She is currently preoccupied with her career.

She has previously dated rapper Drake as well as actor Drake. Her friendship with Drake caused a fight with her younger sister, India. Her younger sister India had already been dating Drake for some time, and she couldn’t bear the thought of her sister dating her ex-boyfriend. They each made several remarks on their individual Twitter profiles and were also observed arguing with one another. The conflict, though, has already been shuttled down. Furthermore, she has not been involved in any contentious conduct recently and has kept a clean profile.

Crystal Westbrooks, 26, is a brave and beautiful woman with a terrific attitude and a perfect body figure. She is 5 feet 3 inches tall, which equates to 1.6 meters. Similarly, she weighs about 132 pounds (59 kilograms).

In case you were wondering, her body measurements are 38-23-33 inches (96.5-58.5-84 cm). In addition, she has light brown hair and brown eyes. She also exercises on a daily basis to keep her physique fit and healthy.