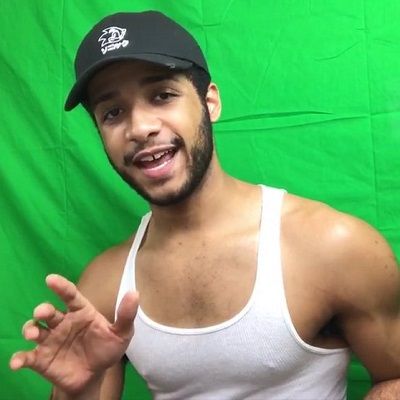 Coban Abrego is a former YouTube gaming commentator from the United States. Coban Abrego, also known as ‘cobanermani456,’ is a fan of the Sonic and Super Mario franchises.

Coban Abrego was born in Texas, USA, on July 27, 1995. His zodiac sign is Leo, and he is 25 years old. He has a younger sister, but we don’t know her name. There isn’t anything else known about his family. Many other YouTubers, like Vash12349 and RogersBase, are his colleagues.

In addition, he is a member of the ‘TenManClan.’ The Hydrocity Zone is his favorite Sonic game zone. His family, ex-friends, and ex-girlfriends are all considered to be using him.

His first videos were a series of Sonic Colors videos, which he released in 2010. He has also played Uncharted and Street Fighter for his YouTube subscribers. In addition, Coban’s channel features fellow gamer ‘SullyPwnz.’

He was best known for his gaming videos of games from the Sonic and Mario franchises, though he also played Uncharted 3: Drake’s Deception and Street Fighter IV. The Palace, from Sonic and the Secret Rings, is the theme music for his intro.

He stated in one of his videos that he flew from Dallas Airport to Los Angeles for his E3 flight, implying that he lives in Texas. He also says in the Sonic Riders episode that he wants to be a Sonic voice actor someday, so he should join his dad, who is also a Sonic voice actor. His YouTube channel has more than 1.3 million subscribers and 920 million views. He enjoys assisting his friends in every way he can.

He’s been dealing with a lot of personal issues for the past few years, including issues with his family, friends, and (possibly) ex-girlfriends, to the point that he’s gone offline and it’s unclear when he’ll return to YouTube. Cobi revealed on July 16, 2018, that he had quit YouTube and entered a mental health facility due to suicidal thoughts, as well as being diagnosed with Asperger’s Syndrome (Autism).

In the same month, he also said that making videos has become a burden for him because he does not feel prepared. As a result, his friends persuaded him to upload again, despite the fact that he was exhausted. In February 2019, he returned and began posting YouTube stories.

He has kept his personal life hidden from view. He does, however, have ex-girlfriends, the names of which he has not yet revealed. In addition, his relationship status appears to be single. Currently, he is concentrating on his fitness, family, and job. Coban might be putting off starting a relationship until the right time and the right person come along.

Coban is of average height and weight, which is in line with his body type. He has yet to reveal any of his body stats to the media. He does, however, have a fantastic personality. In addition, he has dark brown eyes and dark brown hair. He frequently wears a hat.

About 1.31 million people have subscribed to his YouTube channel, cobanermani456. He also has a Twitter account, which he uses to communicate with his 401 followers. He doesn’t seem to be using it anymore. He’s also not on Instagram, Snapchat, Twitch, YouNow, TikTok, or any other social media platform. He seems to have taken a break from his social media career to focus on himself.

This well-known YouTuber could make a lot of money from his career. He does, however, have a net worth of between $1 million and $5 million.