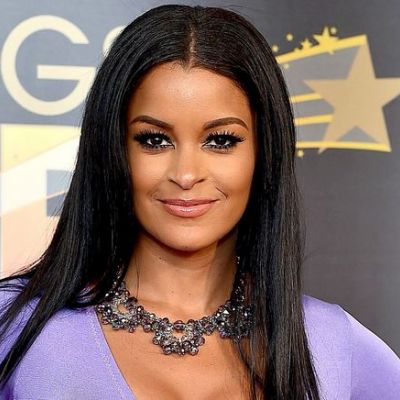 Claudia is a popular American talk show presenter and reality personality who you may have seen on the American version of Deal or No Deal. She was also seen on The Price is Right, and she is well-known for her involvement on Celebrity Apprentice, where she competed for two seasons.

Claudia was born on April 12th, 1973 in Providence, Rhode Island. Her father is African-American and her mother is Italian. Claudia was also a sprinter, and she won all of the state track and field titles. She accomplished all of this while still in high school. She also took part in three Junior Olympics. Claudia also raced in college, where she was an All-American sprinter for the 400-meter relay.

Claudia was married to Datari Turner from 2009 to 2010, and she has no children.

Claudia also held the title of Miss Rhode Island Teen USA, which she won in 1990. She then competed in the Miss Teen USA 1990 pageant, representing Rhode Island. But she didn’t win right away.

Despite this, she was able to win the Miss Rhode Island USA title in 1997, making her the second African-American woman to hold that title. She then competed in the Miss USA 1997 pageant, where she finished in the top ten.

Her success began here, as she went on to star in numerous music videos. She has appeared in music videos for Backstreet Boys, Fabolous, Joe, Chico Debarge, Coolio, and Ludacris, among others. She isn’t just a model; she also worked as a reporter for the Providence American Newspaper. Claudia has also appeared in advertisements for corporations such as Coors Light, Pepsi, Visa, Microsoft, Mt. Dew, and many others.

She has been on several reality television shows, including Dog Eat Dog. She then participated in The Price is Right, a CBS game show, where she was known as Barker’s Beauty.

She was later shown on the second season of Celebrity Apprentice, where she was able to raise the necessary funds for the charity, and she raised the funds for NAPSAC. Later, she was awarded by US President Donald Trump to co-host the Miss Universe 2009 pageant, which she co-hosted with Billy Bush.

Claudia has also hosted a travel show called The Summer of Adventure, which she co-hosted with AT&T. She has since developed her own talk program, Out Loud with Claudia, which airs on the Fox Soul Platform. If you wish to see it, you can do so on the Fox Soul App as well as the website. She was also named the new host of the Love and Hip Hop franchise reunions.

Claudia Jordan’s Salary and Net Worth

This brilliant hostess’ entire estimated net worth is roughly $1 million as of June 2022, and she has earned this amount of money from all of the shows she has hosted and all of the reality shows she has appeared on. She is one of the most talked-about beauty pageants and hostesses. Claudio is one of the most attractive pageant winners, and she has also represented the United States in other exhibitions. She is also involved in various charity initiatives and enjoys assisting the underprivileged.

This was all about one of the most gifted hosts and actresses of all time. She appeared on several reality series and was well-liked by many viewers. She has spent a significant amount of time in this industry and has gained everyone’s respect. She is also a sprinter and quite athletic. Claudia could have done well in sports if she had participated in them more often, as she did in the Junior Olympics. We wish her nothing but success in the future.