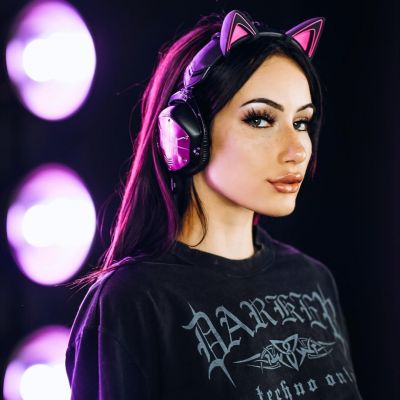 Clarissa May, a multitalented internet sensation, is better known as Karma. Karma is a YouTube content creator best known for her beauty and dance tutorials, as well as modeling, blogging, vlogging, and acting.

Clarissa was born in California on June 23, 1999. She is currently 21 years old. She is her parents’ eldest daughter, and she has a younger sister named Audrey. The family is still living in California. They’ve also adopted a cute little puppy named Brady.

May had a traumatic childhood because she was diagnosed with brain damage at the age of ten. She was later diagnosed with life-threatening Anorexia Nervosa two years later. She triumphed over death and wished to inspire other young women.

Karma aspired to be a leader after she recovered. As a result, she started dancing and fell in love with it. Meanwhile, she hoped that her love of dancing would inspire young girls. In 2012, she launched her first YouTube channel with this hope. She mostly posts videos about her daily life on her self-titled channel. Following that, in 2014, she launched two new YouTube channels, “Live On Pointe” and “KARMA.” “Life On Pointe” was dedicated to her dancing passion. She posted dance videos, rehearsals, and tutorials here.

“KARMA,” on the other hand, is a lifestyle and fashion-focused channel. Her videos provide updates on beauty and fashion trends, reviews, and other topics. Furthermore, of her three channels, “KARMA” has the most subscribers (507k). The other two, on the other hand, have 84.4k subscribers each. May began using Instagram at the age of 14 in addition to YouTube. She’s even become a successful Instagram influencer, with 152k followers.

Karma is bringing happiness and inspiration to the world. Her work is admirable and deserves to be recognized. However, until today, she had not received any awards.

When it comes to her net worth, it is undeniable that YouTube is her primary source of income. Although the precise amount of her earnings is still being determined. Nonetheless, her net worth is estimated to be more than a million dollars, according to sources.

Clarissa hasn’t made much of her love life public. She hasn’t even mentioned her dating history. She may have had previous love affairs, but the general public is unaware of them. It appears that she is content with her job and her life for the time being. She has bigger goals in life than just a love affair, it goes without saying. However, when the time is right, she will discover the prince charming of her fairytale life. But for the time being, she is happily single.

Clarissa is a lovely young lady with a slim build. She has kept a fit and flexible body as her dancing career requires. However, she has not disclosed her exact body measurements. She is tall, with fair skin and distinctive reddish-brown hair. Furthermore, her hazel eyes and sharp jawline contribute to her facial beauty.

Clarissa is a well-known internet personality who is active and well-followed on social media sites. On Instagram, she goes by the handle Karma and posts photos of her daily life. Follow her on the @karma account, where she has 152 thousand followers. Meanwhile, she has a private Instagram account @clarissamay, which has only 7 followers. Similarly, she is active on Twitter (@clarissamay09), where she has approximately 26k followers.