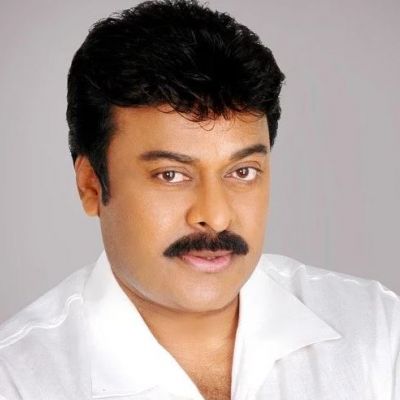 Konidela Siva Sankara Vara Prasad, Chiranjeevi is well known as a famous Actor and Politician. Chiranjeevi was born on August 22, 1955.

Chiranjeevi’s early life was very different from the one he is now known to have lived. It had been a difficult childhood. His father was a constable, and he was born in a village near the West Godavari River. Furthermore, because his father’s duties were transferable, they were frequently transferred from one location to another. He eventually spent the majority of his childhood with his grandparents in their native village.

Chiranjeevi was a well-behaved child who was a prominent member of the NCC cadets. He was already interested in acting in his early years. He earned a bachelor’s degree in commerce after graduating. Following this, he pursued his true calling as an actor, enrolling at Madras Film Institute. Chiranjeevi’s name is derived from the Hindu deities Hanuman and Anjaneya and is associated with the belief that something will live forever.

Chiranjeevi made his film debut in Punadhirallu. However, Pranam Khareedu is his first theatrically released film in which he starred. Chiranjeevi’s breakthrough performance came in the film Mana Vori Pandavulu. His fortunes and fame skyrocketed as a result of this film. Chiranjeevi has demonstrated his versatility by playing both antagonist and protagonist roles in a number of films.

He has also appeared in films that address social issues, such as dowry. The majority of his films have been box office successes. From 1983 to 1990, all of his films were commercial successes, which helped him land a role in Bollywood. He appeared in Pratibandh and was praised by both critics and audiences for his performance. Chiranjeevi also appeared in a few Kannada films as a character.

He took a ten-year break from acting at the end of 2007. He decided that he needed to concentrate on his political ambitions. During this time, he only appeared in a few films as a cameo and lent his voice for narration. His 150th film, which marked his return to the world of cinema, earned him both critical acclaim and financial fortune. Following in the footsteps of Amitabh Bachchan, he has also hosted a south Indian game show.

Chiranjeevi had won every award imaginable from the 1980s to the early 2000s. Chiranjeevi was nominated for numerous awards, including Filmfare and Nandi Awards for Best Actor. He had won the vast majority of them. In 2011, he was also honored with a lifetime achievement award. This was for his significant contribution to the novelty of south Indian cinema.

Chiranjeevi’s Salary and Net Worth

For a primarily south Indian actor, Chiranjeevi is quite wealthy. His net worth is estimated to be around $225 million as of August 2022.