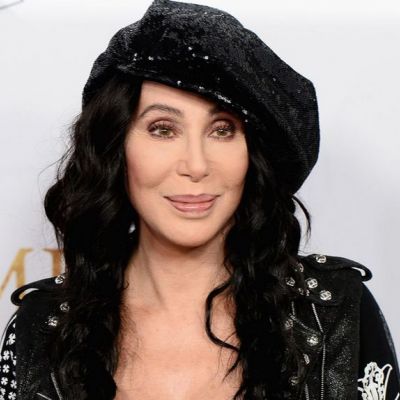 Cherilyn Sarkisian, known as Cher to her fans worldwide, is a singer. Her contralto singing voice has earned her the title “Goddess of Pop.”

Cher, born on May 20, 1946, in El Centro, California, to John Sarkisian and Georgia Holt, loved Audrey Hepburn from a young age. She had always wanted to be famous but had no idea how to get there.

Her mother’s divorce and remarriage disrupted her childhood. Cher attended Montclair College Preparatory School with her half-sister. She dropped out of high school at the age of 16 and relocated to Los Angeles to pursue a career as an actress.

Cher rose to prominence in 1965 as a member of the legendary husband-wife combo Sonny & Cher. Their hit song, “I Got You, Babe,” catapulted them to fame. They had reportedly sold over 40 million records worldwide by 1967.

Cher debuted her solo career in 1966 with the hit single “Bang Bang (My Baby Shot Me Down).”

She made her television debut on The Sonny & Cher Comedy Hour, which had a weekly audience of over 30 million people. She also had her show, Cher, that she hosted.

In addition to her television career, she had chart-topping successes such as “Dark Lady,” “Gypsies, Tramps, and Thieves,” and “Half-Breed.” Her disco record, released in 1979, was hugely successful with the general public.

She made her Broadway debut in Come Back to the Five and Dime, Jimmy Dean, Jimmy Dean. She played the same character again in the film adaptation. Critics praised Cher’s performances in Mask, Silkwood, and Moonstruck.

Cher, Heart of Stone, and Love Hurts were her later albums. Believe, the title tune from her 1998 album became the best-selling song by a female artist in the United Kingdom. It invented the Auto-Tune technology.

Between 2002 and 2005, her Living Proof: The Farewell Tour was the highest-earning concert tour, grossing around $250 million.

She received a three-year $180 million contract to be the leading performer in the Colosseum at Caesars Palace in Las Vegas in 2008. She filmed for the musical Burlesque in 2010.

After a 12-year break, she released her studio album, Closer to the Truth, in 2013. The album debuted at number three on the Billboard 200.

She is the only artist with a song at the top of the Billboard charts from the 1960s to the 2010s.

In her youth, she dated Warren Beatty. She has since been linked to a number of individuals, including Geffen, Tom Cruise, Val Kilmer, Richie Sambora, and Robert Camilletti.

Cher’s Salary and Net Worth

Cher’s net worth is $400 million as of July 2022. Her earnings are derived from her successful musical and acting careers and several commercial activities.