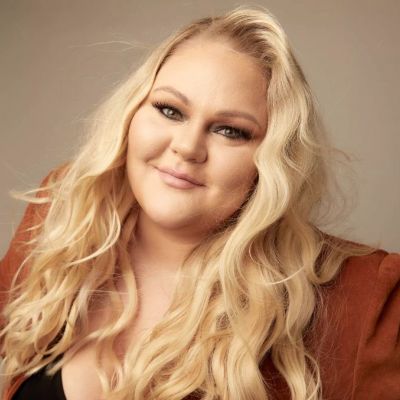 Chelcie Lynn is a stand-up comedian and actress from the United States. She began her career on Vine, a video-sharing platform. She later moved to YouTube, where she has over 1.26 million subscribers. Lynn began her career at a young age and has appeared in two films.

Chelcie Lynn was born on August 9, 1987, in Oklahoma City, Oklahoma. There isn’t much information available about her early childhood. She has never revealed her parents’ names in public. Lynn does have two younger sisters, Beth Franks and Maggie.

Her grandmother raised her because her parents were alcoholics, according to a report. Her mother was locked up for drug possession. She later died in prison from cervical cancer. Her father was in rehab as well and later remarried. Her educational background includes a high school diploma. However, due to financial constraints, she was unable to attend college. Later, she relocated to San Diego, California.

Chelcie Lynn began her career in 2013 when she launched her Vine channel. Following that, she began posting short-length videos on YouTube. She used to play Trailer Trash Tammy, a character who represented redneck women from South America.

She was a huge success, quickly gaining over 240,000 followers. Vine, the video-sharing platform, was unfortunately discontinued in 2017. In addition to the foregoing, she is active on TikTok, where she has over 2.6 million followers.

Lynn was also successful in creating the “Chelcie Lynn” YouTube channel. In her first video, “Y,” everyone got a cigarette? In March of 2015, “Outtake” was uploaded. She has never uploaded the same video to both YouTube and Vine. She has also worked as a producer for her sisters’ and friends’ vlogs, as well as other food review videos.

Her most popular video to date is “Man Slams Door in Trick-or-Treaters Face!!!.” This has received over ten million views. Lynne has achieved great success, with over 130 million views. Her subscriber base exceeds 1.2 million. In addition, Chelcie has performed in front of live audiences. She has taken part in the “The Tammy Tour: One Trailer Park at a Time.”

Tangerine, a comedy-drama film, was released in 2015. She played Madam Jillian in the film, which was a critical success. She was then seen in the black comedy film Dog Eat Dog a year later. She appeared in the 2019 skit TV series Coach Von Pidgeon.

On her website, eatmytrash.com, she sells a variety of merchandise, including posters, t-shirts, and hoodies. Lynne appeared in the 2018 short film The Corny Song and Legalize Psilocybin.

Chelcie Lynne has yet to win an award in her career. She has, however, qualified for the YouTube Creator Awards after having over a million subscribers. She was also named by Variety Magazine as one of the “Top 10 Comics to Watch in 2021.”

Chelcie Lynn married Greg Melton in 2000. After two years of dating, the couple married. Her husband has appeared in several of her comedy videos as the character Danny. Following her marriage, she took her husband’s surname, and they currently do not have any children.

Chelcie Lynn’s Salary and Net Worth

Chelcie Lynn’s net worth is estimated to be around $2 million as of June 2022. She has achieved millions of views and subscribers on YouTube. Her primary source of income is the advertising posts she receives from Instagram and YouTube. Her earnings on YouTube are estimated to be around $5231 according to reports. It is a maximum of $2768 for Instagram.

Chelcie Lynne has gone on to become a well-known social media personality. She rose to fame quickly and has also appeared in films. Despite her popularity on Vine, she now has over 1.1 million Instagram followers. She has more than 4.1 million Facebook followers.