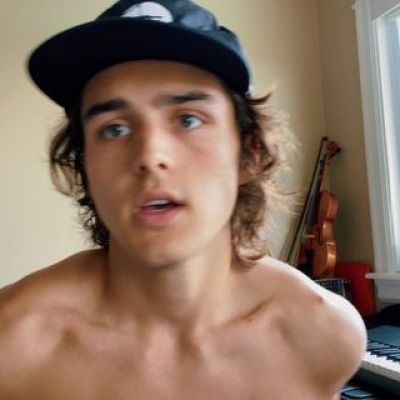 Who is Charlie Gillespie? Charlie Gillespie, who was born on August 26, 1998, is now 22 years old. Charlie is from Dieppe, New Brunswick, Canada, and he is a Virgo. When it comes to his family, Charlie Gillespie has four siblings. Ryan, Patrick, and Michael are his three elder brothers. Charlie, too, has a younger sister called Meghan. Similarly, his mother’s name is Jeanette.

Furthermore, Charlie is fluent in both English and French. In fact, French is the official language of his home province. Charlie then relocated to Toronto and, later, Los Angeles to pursue his acting career. He went to Toronto shortly after graduating from high school early.

What is Charlie Gillespie’s Height? Charlie Gillespie is around 5 feet 8 inches tall or 1.73 meters tall and weighs approximately 70 kgs. Other than that, there is no information available on Charlie’s other physical measurements, such as chest-waist-hip measurements, biceps, shoe size, dress size, and so on. Charlie also has stunning hazel eyes and brown hair.

Charlie Gillespie is a talented young actor and vocalist. He is well known for his role as Luke Patterson in the Netflix series Julie and the Phantoms in the year 2020. Charlie has previously starred in television programs and films such as Charmed in 2018, Degrassi: Next Class in 2017, The Rest of Us in 2019, and Runt in 2020.

Charlie’s character, Luke, is the lead singer of the band “Sunset Curve” in Julie and the Phantoms. Charlie has been playing acoustic guitar since he was a child before appearing in this Netflix series. The teenage actor-singer began playing electric guitar after participating in this series.

Furthermore, the young Canadian actor made his feature picture debut in 2014. It came about as a result of the Canadian film The Outlaw League. Similarly, the young actor plays the character, Brian, in Charmed. In 2018, he featured in two episodes of this CW series. Charlie had a recurring part in the series 2nd Generation the same year. In this series, he played the character, Brody Johnson.

Similarly, Charlie Gillespie appeared in Julie and the Phantoms alongside famous performers Jeremy Shada, Owen Joyner, and Madison Reyes. Madison and Charlie also collaborated on a song for the program called Perfect Harmony. For this tune, the show’s stars collaborated with vocal producer Alana Da Fonesca.

Charlie, in addition to being a well-known aspiring actor, helps with Mare Nostrum. It is a non-profit organization dedicated to the preservation of marine life.

Nonetheless, the young Canadian actor hasn’t said much about the situation. Charlie has also not shared any social media posts that may reveal his current relationships or indiscretions.

Furthermore, Charlie has kept a clean public image free of rumors, scandals, and issues that might jeopardize his work and personal life. Nonetheless, the young actor is certain to draw many admirers in the future due to his talent, wit, charms, and attractiveness.

Charlie Gillespie’s Income And Net Worth

How much is Charlie Gillespie’s Income? Aside from that, it appears that the Canadian actor does not have personal profiles on other platforms such as Twitter, Facebook, and Twitter. Moving on, Charlie Gillespie’s net worth is believed to be between $100,000 and $500,000.