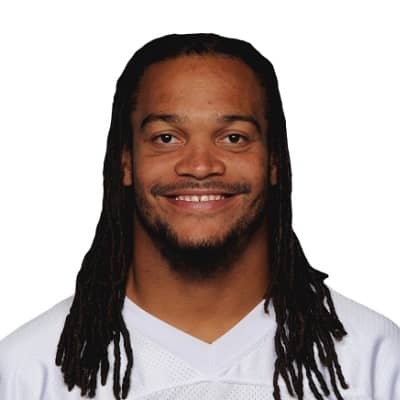 Channing Crowder was born on December 2, 1983, and he is 38 years old. He was born in State College, Pennsylvania, and he is a Sagittarius. His father’s name is Randy Crowder, and his mother’s name is Pauline Pope-Crowder. His father is a defensive tackle who has won All-American honors.

Crowder attended North Springs High School in Sandy Springs before attending the University of Florida for his higher schooling. He was a well-respected linebacker at his last school.

Channing Crowder stands 6 feet 2 inches tall or 1.88 meters tall and weighs around 250 pounds or 113 kg. Crowder has beautiful brown eyes and dark brown hair. Aside from this, this retired footballer’s additional physique measurements are not yet accessible.

Crowder was selected by the Miami Dolphins in the third round of the 2005 NFL Draft. This retired player spent his whole professional career with this organization. Crowder is currently a co-host of Hochman & Crowder. This program is broadcast on 790 The Ticket and 560 WQAM weekdays from 2 to 6 p.m. He is also the co-host of The Pivot. Crowder’s co-hosts for this episode are Fred Taylor and Ryan Clark.

Channing Crowder has a happy marriage. His wife’s name is Aja, and they were married in 2011. The gorgeous pair has participated in the VH1 reality TV series Baller Wives together. The charming couple also has three children, Channing III, Ava Crowder, and Chazy.

Crowder’s net worth ranges between $1 million and $5 million US dollars.

In terms of social media, Channing Crowder joined Twitter in August 2011 and currently has over 35.2K followers. Similarly, he may be found on Instagram as @officialchanningcrowder. Apart from this, this former player has no public presence on other sites such as Facebook, Tiktok, Youtube, and so on.