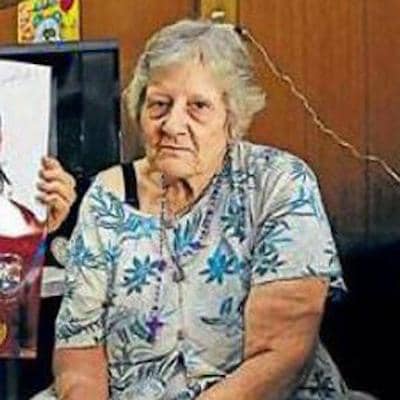 Celia Oliveira Cuccittini is a member of the Argentine famous family. She is the grandmother of Lionel Messi, a professional football player.

In the year 1930, Celia Oliveira Cuccittini was born. Her birthplace is Argentina. Other details about her upbringing and early life are unclear. Furthermore, there is no information about her family background or educational background on the internet.

Celia passed away in 1998 at the age of 67. Furthermore, the news crushed her family. After her death, her family and friends remembered her.

Celia’s height and other physical measurements are not publicly available. However, at the time of her death, she was of normal height and weight. Furthermore, her eyes were dark brown and her hair was white.

There is no information available on Celia’s professional or professional life. Her grandson, Lionel Messi, is a well-known professional footballer. Furthermore, Celia urged him to devote himself to football, and Messi acknowledges her after scoring.

At the age of ten, on the verge of joining the River Plate club in Buenos Aires, Messi was diagnosed with a delay in bone development caused by a low level of growth hormones; the medical treatment was very expensive, and the clubs did not want to confront him, so his father, who did not have the necessary financial resources, decided to emigrate to Barcelona with his family.

He was given a work chance there. Similarly, in September 2000, Leo took part in a test at F.C. Barcelona, where the coach, Carles Rexach, praised his football ability. And, according to the narrative, signing a contract on a paper napkin let him into the club, which took care of the boy’s therapy. Likewise, at the time, he was thirteen and was 1.40.

Furthermore, Messi would be molded at the Masia, the Barca quarry’s training facility, from that point forward. There, he progressed through the various divisions before reaching the first Team, already during the presidency of President Joan Laporta.

Although Messi played in a friendly against FC Barcelona with FC Porto on November 16, 2003, his formal debut in the first division with the azulgrana shirt was on October 16, 2004, at Montjuic, in the classic derby with the Spanish of Barcelona.

Celia Cuccittini was married to Antonio Cuccittini. They only had one child together, a girl, Celia Mara Cuccittini, Leo Messi’s mother. There is no precise information on Celia and her husband’s marriage date or any other aspect of their personal and romantic lives.