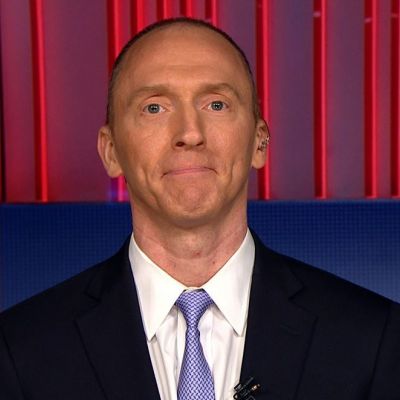 Carter Page was a policy advisor to Donald Trump during his presidential campaign in 2016. He is also a well-known petroleum consultant in the United States. He is the founder of Global Energy Capital, a one-man investment and management firm based in Houston, Texas, that specializes in the Russian and Central Oil and Gas business. Did you know he was also a naval officer? Let us examine the life insights of a significant American.

Carter William Page was born on June 3, 1971, in Minneapolis, Minnesota, to Allan Robert Page and Rachel Page. He was raised in Poughkeepsie, New York, where his father worked as a manager and executive for Central Hudson Gas and Electric Company. He graduated from “Our Lady of Lourdes High School” in 1989, and then went on to earn a Bachelor of Science degree from the United States Naval Academy in 1993.

He finished in the top 10% of his class and was thus chosen for the Navy’s Trident Scholar program, which gives very selected officers the opportunity to pursue independent academic study and research. After graduating from the Naval Academy, he worked as a researcher in the office of a former US Secretary of Defense, Les Aspin Jr, for the House Armed Services Committee, which is responsible for funding and oversight of the Department of Defense.

He spent five years in the United States Navy. His performance as an intelligent officer for a United States Peacekeeping mission in Morocco earned him the rank of lieutenant. In 1994, he received his M.A. in National Security Studies from Georgetown University in Washington, DC. He left active duty in the navy in 1988 and joined the Navy’s inactive reserve until 2004.

He received his MBA from New York University’s Stern School of Business after leaving the navy in 1998. During his graduation, he also completed his fellowship at the Council on Foreign Relations, which allowed him to participate in a number of panel discussions for Council events. In the year 2000, he began working as an investment banker at one of the world’s most prestigious firms, Merrill Lynch, at its London office.

He was appointed Vice President in the Merrill Lynch Moscow office and later Chief Operations Officer (COO) for the Merrill Lynch Power and Energy Department in New York. In 2008, he left the investment firm to start his own, Global Energy Capital. Donald Trump, the current President of the United States, appointed Carter Page as his foreign policy advisor on March 21, 2016.

On September 23, 2016, Yahoo News reported that US intelligence officials suspected Carter Page of having ties to Russian officials, prompting Carter Page to leave the campaign. Page, according to Campaign Communications Director Jason Miller, was never a part of the campaign. The FBI obtained a warrant from the United States Foreign Intelligence Surveillance Court (FISC) for Page in connection with engaging in clandestine operations with the Russian government.

With the release of the Mueller Report (Report on the Investigation into Russian Interference in the 2016 Presidential Election) in 2019, it was described as confusing and contradictory to what was alleged against Carter Page’s role in the 2016 Trump campaign and his alleged clandestine connections with Russian individuals. The evidence was insufficient, and Page’s activities in Russia via his personal emails could not be explained fully.

The Department of Justice secretly notified the United States Foreign Intelligence Surveillance Court (FISC) in December 2019 that there was a lack of evidence to prove that Carter Page was acting as a Russian agent in two of several warrant renewal requests made in 2017.

He has received no notable awards, but his accomplishments as an investment banker and naval officer are noteworthy. His rise to the position of COO at Merrill Lynch, as well as his distinguished service in the United States Navy, set him apart from his peers and earned him the rank of lieutenant.

According to reports, the FBI investigation of Carter Page cost him his business, income, and even his girlfriend! The news that he was a Russian agent spread quickly in late 2016, terrifying his girlfriend, who was living in a London flat at the time. In the evening, after dinner, his girlfriend informs him that she wishes to end their relationship. However, later in 2019, his activities with the Russian were declared confusing and contradictory, and he was thus declared innocent. But the FBI’s actions cost him dearly!

Carter Page Net Worth As of June 2022, Carter Page’s net worth is $2 million. Carter Page is an accomplished American investment banker as well as a decorated US Navy officer. Though he suffered greatly as a result of the false FBI allegations, there is much to be learned from him.