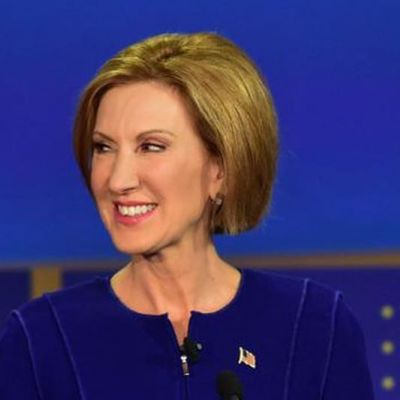 Carly Fiorina is a well-known American politician. She is a businesswoman who is best known as the CEO of Hewlett-Packard.

Cara Carleton “Carly” Fiorina, better known as Carly Fiorina, was born in Austin, Texas on September 6, 1954. Her mother, Madelene Montross, and father, Joseph Tyree Sneed III, gave birth to her. Her father was a well-known figure who served as the Dean of a law school and as a Judge on the United States Court of Appeals for the Ninth Circuit.

Fiorina attended the Channing School in London. She was always a bright student, and after graduating, she went on to attend various high schools, including one in Ghana before graduating from Charles E. Jordon High School in North Carolina. She continued her education at Stanford University, where she earned a Bachelor of Arts degree in philosophy and medieval history.

Fiorina then decided to pursue a law degree and enrolled at UCLA Law School, but she dropped out after six months. She graduated from the University of Maryland with a Master of Business Administration in marketing. She also holds a Master of Science in management from the MIT Sloan School of Management.

Fiorina joined AT&T as a management trainee after working in a real state and tutoring English in Italy. She joined a male-dominated division of the company, but she quickly made her way and carved a niche for herself in the company. Over the next decade, she worked extremely hard and rose through the ranks at AT&T due to her unwavering dedication to her work. She was the first woman to be named President of North American Sales.

Fiorina then founded ‘Lucent,’ and planned and executed the company’s Initial Public Offering (IPO), which became the most successful IPO in US history. She later rose to the position of chairman and president of ‘Lucent.’ She had risen to become one of America’s most powerful executives by that point. She became the first woman to lead a Fortune 20 company when she became CEO of Hewlett Packard (HP).

After a few years, she was forced to resign as CEO due to a failed business transaction. Following her departure, the media both criticized and praised her for her risk-taking abilities.

Fiorina then decided to enter politics, working on Senator John McCain’s campaign. She ran against Barbara Boxer in the Senate election a few years later but lost to her. She ran for the Republican Presidential nomination to run for President of the United States two years ago.

Fiorina’s accomplishments in business are among the most influential and should be recognized. She is also the recipient of the ‘Appeal of Conscience Award.’ In 2004, she was also named one of the “Most Influential People in the World.”

There is no information about her high school or college dating life. Her first marriage was to Todd Bartlem, a Stanford classmate. The couple was married for seven years before divorcing due to personal differences. Then she met Frank Fiorina, an AT&T executive; they began dating soon after and married within a few months. The couple never had children together and took custody of Frank’s two daughters from his previous marriage.

Carly Fiorina’s Salary and Net Worth

Carly Fiorina’s net worth is estimated to be around $70 million as of July 2022. Her numerous business ventures have been her primary source of income.