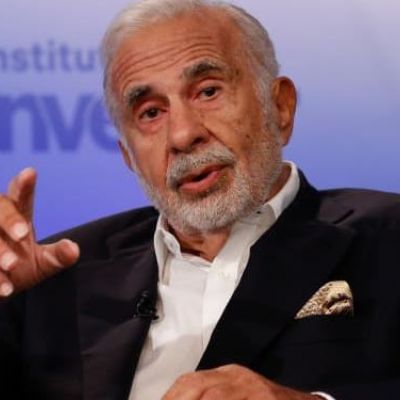 Carl Icahn is a businessman and investor. He founded Icahn Enterprises and is the chairman of Federal-Mogul Corporation.

Carl Icahn was born on February 16, 1936, into a Jewish family in Far Rockaway, Queens, New York City, New York. Micheal Icahn was a cantor at a local synagogue, and Bella Icahn was a schoolteacher.

Far Rockaway High School was where Icahn finished his education. He received his Bachelor of Arts degree in philosophy from Princeton University. Icahn also dropped out of the New York University School of Medicine after two years to join the army reserves.

Icahn began his career as a stockbroker in 1961. In 1968, he founded Icahn & Co., a security firm. After his hostile takeover of Trans World Airlines in 1985, he earned a reputation as a “corporate raider” towards the end of the 1980s. He is now one of Wall Street’s most influential investors.

He took TWA private in 1988 for a personal profit of $469 million and subsequently sold its London flights to American Airlines for $445 million in 1991.

People have long been intrigued by Icahn’s investment strategies. US President Donald Trump was quite impressed with his investment plans and techniques. His abilities led to his appointment as a special economic adviser on financial regulation in Trump’s administration in December 2016. However, he resigned from the position in August 2017.

Icahn established the Children’s Rescue Fund, which focuses on rehabilitating and empowering society’s most vulnerable citizens. In 2016, Icahn contributed $1 million to US veterans organizations.

Carl Icahn has had two marriages throughout his life. He married Liba Trejbal, a former Czechoslovakian ballerina, in 1979, and the pair has two daughters. However, after years of legal wrangling, they divorced in 1999. In 1999, he married his longtime aide, Gail Golden. Icahn is the father of two children, a boy named Brett Icahn and a girl named Michelle Icahn.

Carl Icahn’s Salary and Net Worth

Carl Icahn, the founder of Icahn Enterprises and one of the wealthiest businessmen, with an estimated net worth of $18 billion as of July 2022. He makes most of his money through Icahn Enterprises, allowing him to amass billions. In 2017, Forbes magazine ranked him as the 27th richest person in the United States of America.