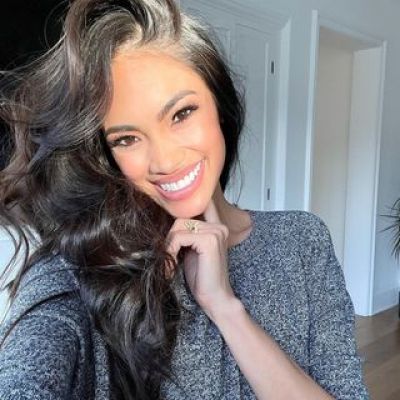 An American model who has established a name for herself in the modeling profession. Despite several obstacles, she has reached supermodel status by believing in herself and working tirelessly on her objectives. Meanwhile, Bryiana made headlines in September 2013 when she was named Playmate of the Month in Playboy Magazine. Her celebrity grew much more when she married actor Rob Dyrdek.

Who Is Bryiana Noelle? Noelle was born on July 21, 1991, and she is currently 28 years old. She was born under the sign of Cancer. Bryiana was born in the Monterey County municipality of Salinas, California, to an American family. She spent her childhood there with her family, however, there are few facts about her parents and siblings. Meanwhile, the bombshell is Caucasian in origin and holds an American passport.

Flores received her early education from her hometown when it came to her elementary school. Despite the lack of information about her school background, it is known that the diva was interested in modeling from a young age.

Furthermore, the model was once diagnosed with a fatal disease, Leukemia, when she was a child. Bryiana also had the opportunity to swim with dolphins in Hawaii thanks to the Make-A-Wish Foundation. Then, thanks to her optimistic attitude and faith, this stunning woman was able to conquer cancer and recover in a timely manner.

What is Bryiana Noelle’s Height? Flores has a low stature of 5 feet and 5 inches, or 160 cm, according to the American model’s physical characteristics. She also weighs 49 kilograms. Furthermore, her body stats are amazing, measuring 32-25-33 inches. In addition, the American has long black hair and dark eyes.

This playboy model began her career at a young age, winning Miss Teen of the Nation in 2008. Following that, this diva went on to win yet another major title, Miss California Teen in 2010. These victories were significant, but Bryiana was more ambitious and determined to accomplish great things in her life. With the goal of becoming a top model, this beauty relocated to Los Angeles in order to expand her opportunities. In September 2013, Bryiana received a centerfold in Playboy magazine as Playmate of the Month, stating, “If there is a will, there is a way.”

Flores was also successful in obtaining supermodel fame after appearing in Playboy magazine. Briyana has founded the Iconic Beauty Initiative at the age of 28. Bryiana’s foundation’s aim, according to her, is to “inspire, empower, and transform ladies to do their best.”

Who Is Bryiana Noelle’s Boyfriend? Bryiana and her husband, Rob Dyrdek, met after she was featured in the September 2013 issue of Playboy magazine. And soon after their meeting, they began dating each other. The couple went on multiple holidays and travels while dating.

Rob proposed to Flores in a wonderful way while on a Disneyland tour, riding an elephant in the Aladdin portion of the park. And then he dragged his love, Bryiana, onto the platform and proposed to her. Every girl’s desire is to be proposed to in the way Rob did. Similarly, Bryiana was astounded and impressed by Rob’s proposal, which she couldn’t turn down.

Two years later, on September 19, 2015, the two lovebirds walked down the aisle. They’ve already had a daughter and a boy together, Nala and Kodah, since then. And the two lovers are raising their children blissfully.

Bryiana Noelle’s Income And Net Worth

How much is Bryiana Noelle’s Income? When it comes to Bryiana’s riches, she has amassed an incredible fortune thanks to her profitable modeling career. Noella is currently worth around $3 million in net worth due to her expertise and skills. Furthermore, there is no information on the current adobe of Bryiana and Rob’s value. The couple did, however, sell their Hollywood house for $3.575 million in 2016. According to sources, the house had four bedrooms, three bathrooms, and was 3,733 square feet in size.