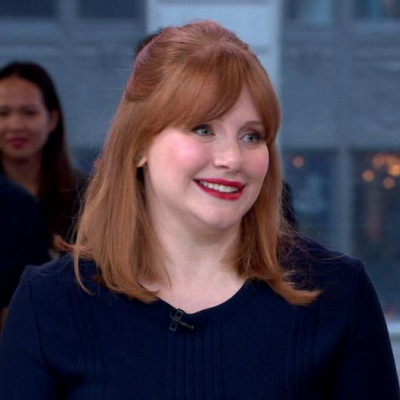 Bryce Dallas Howard is an American actress, model, writer, producer, and director. Despite not having many film and television roles, her performances have always been praised.

Bryce Dallas Howard was born on March 2, 1981, in the city of Los Angeles, California, USA. Her father, Ron Howard, is a well-known actor and film director who has been in the industry for decades, and her mother, Cheryl Howard, has also appeared in a few films.

Bryce Dallas Howard’s 2018 acting roles include the science fiction adventure film “Jurassic World: The Fallen Kingdom,” a sequel to the previous film in which she stars.

Bryce Dallas Howard has received and been nominated for over 30 awards. The majority of her awards were for the film “The Help,” including a Gold Derby Award, a Hollywood Film Award, a Satellite Award, and a Screen Actors Guild Award. Along with actors Robert Pattinson and Xavier Samuel, Bryce Dallas Howard received the MTV Movie Award for Best Fight for “The Twilight Saga: Eclipse.”

Bryce Dallas Howard’s net worth is estimated to be $20 million as of June 2022, and it is expected to skyrocket in the coming years. Her fortune was derived from her earnings as a movie star. Bryce Dallas Howard’s salary for “Spider-Man 3” was estimated to be around $1 million. Her film “Jurassic World” earned more than $1.6 billion at the box office.