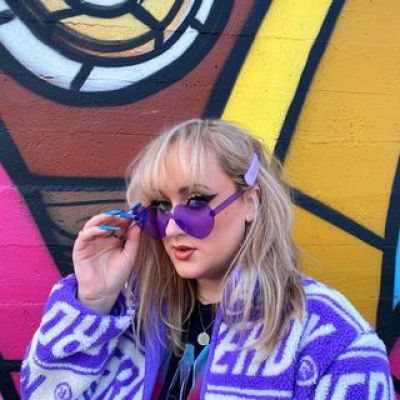 Brittany Broski is a well-known social media personality in the United States. Brittany Broski became known as the Kombucha Girl after appearing in a famous TikTok video in 2019. She can be found on Tiktok, Instagram, Youtube, and Twitter, among other places.

Who is Brittany Broski? Brittany Broski was born on May 10, 1997, and is currently 23 years old. Her country of origin is the United States of America. She has kept a lot of information about her parents, siblings, and other family members private. She has also refused to divulge any information about her educational background or her childhood. She did, however, earn a bachelor’s degree from Texas A&M University College.

What is Brittany Broski’s Height? There is no knowledge about Brittany’s height or weight. Her height, weight, dress size, shoe size, chest-waist-hip measurements, and other details have yet to be revealed. Brittany’s hair is brown, and her eyes are hazel.

Brittany Broski is better known on social media as a “kombucha kid.” In August, one of her TikTok posts, in which she reacts to a sip of kombucha, went viral, sparking a flood of memes. Brittany tries kombucha for the first time in this video, showing a wide range of facial expressions in response to the beverage’s flavor.

Brittany also attended the 2019 Streamy Awards, where she announced in an interview that she had been working in a bank for four months prior to the ceremony. She also received awards and met with all of her favorite designers at this award ceremony! Brittany also worked on a duet video with Ondreaz Lopez.

Brittany is a comedian with over 3.9 million TikTok followers. She also appeared in the video I spent a day with VIRAL MEME STARS by YouTuber Anthony Padilla. They explored the realities of being an internet sensation in the video.

Her viral video’s original kombucha video, on the other hand, didn’t generate much interest. Brittany revealed in that video that she owes her viral popularity to a specific online audience. The video got just a few thousand likes when Brittany first posted it on August 6th. After Twitter user @jayjuniorrr posted her original video to Twitter, things changed for her.

Following Viral Success Viral fame prompted both personal and professional transformations. After becoming suddenly popular, Brittany Broski was fired from her work. Broski was working in trust and investment management at a bank when she was fired from her promising job as a banker just weeks after explaining her virality to her boss. Brittany Broski has this to say about the incident:

She drags me into her office and says, “You have to decide whether you want to be a meme or a business professional.” On September 4, I was shot. I arrived in Los Angeles a week later.

Brittany kept her Twitter account private, with just a few hundred followers. However, she got over 12,000 requests in a single day, and the number continues to rise. Her original Tiktok video, which went viral, currently has over 2 million views and likes. Similarly, Brittany’s popular facial expressions spawned a slew of memes.

Being a public figure and creating viral content both have their drawbacks. There’s a lot of pressure to keep up with the Joneses. Every video has to be better than the one before it. There’s also the expectation that you be polite to anyone you meet, even though you’re having a bad day.

She already has over 321k subscribers on her Youtube channel. Brittany started this account on October 3, 2013, and as of the time of writing her biography, it had 4,619,796 views. Crackhead Makeup Tutorial, the channel’s oldest and most-watched episode, was uploaded on August 20, 2019, and is still the most-watched video. Right now, it has over a million views.

Kombucha Taste Test Pt. 2 is the second most popular video, with over 866k views. Trixie & Katya Makeup Transformation (feat. Sarah Schauer) and Horrible E-Girl Transformation have both surpassed the 500k views mark, with over 565k and 552k views, respectively.

Who is Brittany Broski’s Boyfriend? Brittany’s relationship status is unknown at this time. She hasn’t said anything about the situation on his social media pages. She could be single, or she could be hiding her personal life from the public eye. Brittany has also kept a low profile and avoided gossip, scandals, and controversies that could jeopardize her personal life and professional career.

Brittany’s Instagram account has 239 post shares and 5672k followers at the time of writing this biography. Similarly, she currently has 3.9 million followers and 79.3 million hearts on her Tiktok account. She also has a Twitter account, which has been temporarily suspended. Brittany also has a YouTube channel of over 550k subscribers, which she calls “Brittany.” We can reach out to her at [email protected] if we have any more questions.

Brittany Broski’s Income And Net Worth

How much is Brittany Broski’s Income? Brittany Broski’s net worth is estimated to be between $1 million and $5 million dollars. Her Youtube channel alone is worth around $11,000. Brittany, on the other hand, has nine videos on her channel that have received over 4 million views. Brittany, on the other hand, makes an average of one new video each month, resulting in 9.3k daily video views and 784 new subscribers.