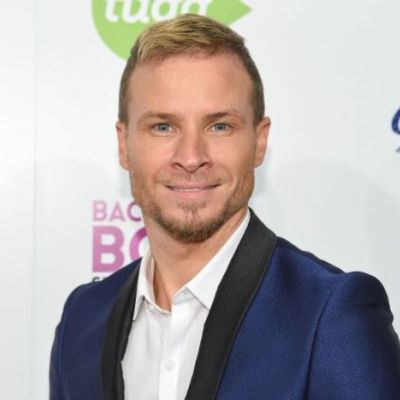 Brian Littrell is a well-known singer, songwriter, and actor. He is best known as a member of the five-piece pop music group Backstreet Boys.

Brian Littrell, the full name Brian Thomas Littrell, was born on February 20, 1975, in Lexington, Kentucky, to parents Jacqueline Fox and Harold Baker Littrell. His mother previously worked as a secretary at a local dental office, and his father previously worked at IBM. He comes from a religious Baptist family and has an older brother, Harold. He was born with a congenital heart defect, but he overcame it over time.

His passion for music and sports was evident from a young age. He began singing as a member of the Porter Memorial Baptist Church choir. When he was in the seventh grade, his choir teacher suggested he sing at weddings and other events to earn money, which he did until he was sixteen. He realized his potential after giving an amazing performance of the spiritual song “Another Time, Another Place” in his junior year of high school.

Brian Littrell has also played basketball for his church team and wrestled in high school. He worked at Long John Silver’s, a fast-food restaurant, in addition to attending school. His cousin Kevin called him out of an American History School during his junior year of high school and told him about the Backstreet Boys auditions. He auditioned over the phone on April 19, 1993. The next day, he flew to Orlando and became the Backstreet Boys’ final member. He eventually completed high school via correspondence, but returned for finals and graduated in 1994.

Backstreet Boys didn’t have much success at first, but they became enormously successful just two years after their formation in 1993. In the late 1990s and early 2000s, they became enormously popular in Europe, Latin America, Asia, and the United States. They released four albums during this time period: “Backstreet Boys,” “Backstreet’s Back,” “Millennium,” and “Black & Blue.” Following that, they released “The Hits: Chapter One,” an album of their greatest hits. They then took a three-year break before releasing “Never Gone,” “Unbreakable,” “This is Us,” “In a World Like This,” and “DNA.”

Brian, in addition to being a pop singer, is also a contemporary singer. He had long desired to record Christian music, which he was finally able to do in 2006. On May 2, 2006, he released his first solo album. The album was a success, selling over a million copies in the United States. In 2006, he released the inspirational song “In Christ Alone,” for which he received a GMA Dove Award.

Harold, Brian’s older brother, is a professional actor, singer, and model. Kevin, Brian’s cousin, is also a member of the Backstreet Boys. He is descended from English, Scottish, German, Finnish, Irish, Welsh, and Scandinavian ancestors. He met Samantha Stonebraker two months after joining the Backstreet Boys, and they began dating in 1993. Brian’s relationship ended four years later after he had lived with Samantha’s family for two years. Samantha even wrote a book about her relationship with Brian and the Backstreet Boys in 1998 called “What You Want to Know: Backstreet Boys Secrets Only a Girlfriend Can Tell.”

The Backstreet Boys were filming a video for their song “As Long as You Love Me” in 1997. Brian met Leighanne Reena Wallace, a model, and actress who also appeared in the video as an extra. He dated her for three years before marrying her at Peachtree Christian Church in Atlanta, Georgia on September 2, 2000. On November 26, 2002, they welcomed their son Baylee Littrell.

Brian Littrell’s Salary and Net Worth

Bill Littrell has a net worth of $55 million as of September 2022. The majority of his fortune has come from his singing career, particularly as a member of the music group Backstreet Boys. In addition to being an incredible singer, he has appeared on various TV shows and movies, which has only increased his net worth. Backstreet Boys also earn a lot of money from their tours, which adds to his net worth.