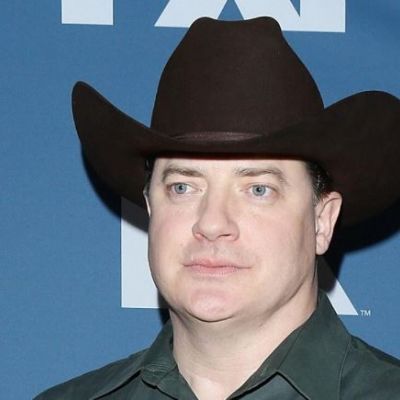 Brendan Fraser is a well-known Canadian-American actor best known for his role as Rick O’Connell in The Mummy Trilogy, as well as for his comedy and fantasy films such as Encino Man, George of the Jungle, and Bedazzled. He became interested in acting at a young age, during his childhood years.

Brendan Fraser was born on December 2, 1968, in Indianapolis, Indiana, to Peter Fraser and Carol Mary. His father was a former journalist who now works as a Canadian Foreign Service officer for the government’s tourism office, and his mother is a sales counsellor.

Brendan attended Upper Canada College before graduating from Seattle’s Cornish College of the Arts in 1990. He had planned to attend graduate school in Texas but decided to stay in Hollywood and work in film. He is of mixed Irish, Scottish, German, Czech, French-Canadian, and English ancestry.

He has become very famous today because he always gives his best performance. In every role he is given, he makes certain that there is no room for changes or corrections. He enjoys his work, and this serves as his inspiration in every step he takes.

Brendan Fraser shot to fame in 1991, when he starred in Child of Darkness, Child of Light. During the same year, he appeared in several other films, including Dogfight, Guilty until proven innocent, and My Old School, among many others. Brendan Fraser has over 60 acting credits, six producing credits, two soundtrack credits, and one camera and electrical department credit.

Nightcap, The Affair, Behind the curtain of night, the field, Texas rising, gimme shelter, break out, A case of you, escape from planet earth, furry vengeance, and the rise of cobra are among the other films and television series in which he has appeared.

Brendan Fraser has done well for himself, winning the Awards Circuit Community Awards in 2005 and the Critics Choice Award in 2006. He was also nominated for a Saturn Award, a Blockbuster Entertainment Award, and a CFCA Award. These are just a few of the things that have been registered in his honour.

Brendan Fraser is currently divorced, but he first met Afton Smith on July 4, 1993, at a barbecue at Winona Ryder’s house. The couple married on September 27, 1998, and they have three sons, Griffin, Holden, and Leland.

The couple separated in 2007, and officially divorced on April 17, 2008. Brendan petitioned the courts in 2013 for a reduction in his alimony and child support payments, claiming that he was unable to meet the $900,000 annual obligation. His ex-wife, on the other hand, accused Fraser of concealing financial assets.

Brendan Fraser was embroiled in a controversy after being accused of assaulting a producer on two separate occasions.

Brendan Fraser’s Salary and Net Worth

Brendan Fraser’s net worth is estimated to be more than $30 million as of June 2022. He amassed this fortune by appearing in a number of popular television shows and films. This man is expected to earn even more in the coming days because acting is more than just a job for him.

Fraser has eight wins and 11 nominations to his credit. He is a good actor, so to speak, and his wealth, awards, and accomplishments are evidence of his talent.

Brendan Fraser is a well-known American actor. He began his career at a young age and has made a name for himself through hard work and dedication. Despite his involvement in various scandals over the years, one thing we can all agree on is that he has done well in the acting department.