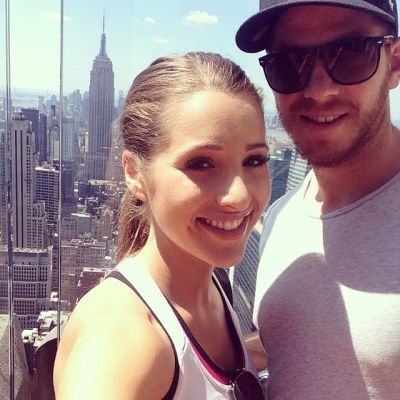 Bonnie Maggs is Tim Paine’s wife. She is a musical celebrity from Hobart, according to some accounts.

Bonnie Maggs is a 36-year-old woman. She was born on November 2, 1985, in Hobart, Tasmania. She took to social media this year to share a snapshot of herself celebrating her birthday. She captioned the shot, “The Most Perfect Birthday.” She was seen out and about with her husband, children, friends, and other family members.

Bonnie Maggs’s height and weight are unknown. Her hair color is Brunette. Her eye color is brown.

Bonnie Maggs, Tim Paine’s wife, is a model. She is a well-known Hobart musician, according to certain reports. According to sources, she was a part of Elephant Rivals, a musical group that formed in 2006.

Some of the singles she’s written include Sing To The Mountain, Right Around The Moon, and Raven Song. Her album is titled The Changing Skies. However, the Bonnie Paine mentioned by the sources is not the cricketer’s wife.

Bonnie Maggs Income And Net Worth

She has never revealed anything about her net worth to the general public or on the internet. As you read this article, we are attempting to determine her true fortune, and the verified information will be published as soon as possible.

Bonnie Maggs is Tim Paine’s wife. She is a musical celebrity from Hobart, according to some accounts. Timothy David Paine is an Australian cricketer who has played for his country on a number of occasions.

Before being selected for Australia in the 2017–18 Ashes series, he was the captain of the Hobart Hurricanes. In Australian domestic cricket, he is a right-handed batter and wicketkeeper for the Tasmanian Tigers.

Tim Paine’s wife, Bonnie Maggs, is well-known on Instagram yet is not included on Wikipedia. She has 50.6k Instagram followers. She gained a lot of attention after she shared a picture of cricketer Risabh Pant that went viral on the internet.

We looked for him on Twitter, Facebook, and other social media sites, but couldn’t find him. He either has or does not have a social media account under a different name.