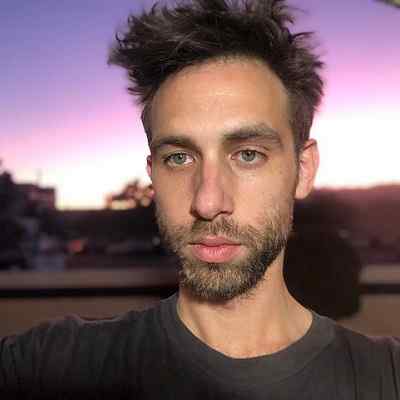 Blake Berris is a television actor. He is well-known for his Emmy-nominated role as Nick Fallon on “Days of Our Lives.”

Blake Berris was born in Minneapolis, Minnesota, on August 24, 1984. He is 38 years old and born under the Virgo astrological sign. His full name is Blake Everett Berris, and he is of American descent.

Kenneth Berris is his father, and Lauren Berris is his mother. Blake’s father is a filmmaker, and his mother is a writer. He also has a sister named Riley Berris, who is an actress and also teaches high school drama. Similarly, he and his sibling grew up in Santa Barbara, California, USA.

Blake’s educational background and qualifications include a three-year acting major degree from the University of California, Los Angeles’ School of Theater, Film, and TV. He then went on to study at the University of Oxford and participate in a theater program.

Blake Berris’s body measurements, such as his height, weight, chest size, and others, are not yet available and are being reviewed. Berris also has brown hair and green eyes.

Berris was able to play Nick Fallon on NBC’s soap opera “Days of Our Lives.” He was even nominated for an Emmy for his performance in this role. He has appeared and starred in numerous other films, television shows, and series. AMC’s Breaking Bad, CBS’s The Big Bang Theory, Netflix’s Longmire, and Freeform’s hit show Pretty Little Liars are among his other TV credits.

Similarly, the Axe-Man was in Europe, South America, the Middle East, and Asia in 2015. In 2014, he appeared on stage with Laura Dern in the play “If All The Sky Were Paper” at the Kirk Douglas Theater. Furthermore, at the Gasparilla Film Festival in 2013, Blake received the Rising Star Award for his role as Dusty Peterson in the independent film “Met Head.”

Blake Berris was nominated for “Daytime Emmy Awards” in 2009 for “Outstanding Younger Actor.” Similarly, he received the “Rising Star Award” at the Gasparilla Film Festival in 2013 for his role as Dusty Peterson in Meth Head. The following year, Berris was honored with the “Best Supporting Actor Award” for his performance as Dusty Peterson in Meth Head at FilmOut San Diego. Berris is also an actor and producer, best known for his roles in Before You Know It and She’s Missing.

Blake Berris married Alexandra McGuinness on August 26, 2017. At Killiskey Parish Church, Nun’s Cross, near Ashford, Co. Wicklow, Ireland, his wife is the daughter of Paul McGuinness, the ex-manager of U2. U2 members also attended Berris’ wedding for the same reason.

Blake Berris’s Salary and Net Worth

Berris has a net worth of $100,000 to $1 million as of January 2023, according to networthtotals, and his main source of income is his acting career.

Blake Berris is active on all of his social media accounts. He has 12.3K followers on his Instagram account, which is called “blackberries.” Similarly, his Twitter handle is “BlakeBerris,” and he currently has 22.8K followers. Berris is also active on Facebook, where he has 2.9K followers.