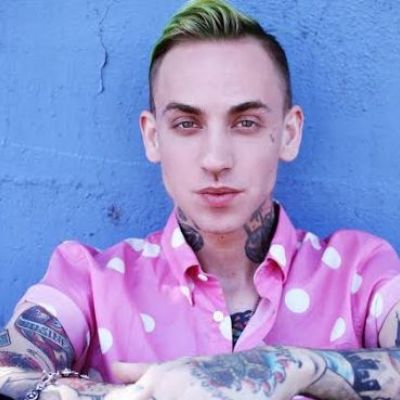 On November 27, 1990, Matthew Tyler Musto was born. He was a member of the Florida garage band Polaroid in high school. They only put out one album, one EP, and one demo. Leakmob Records took them on. Blackbear dropped out of high school in the ninth grade to pursue a career in music. Blackbear left the band and relocated to Atlanta to pursue a solo music career, where he began working with famous singer Ne-Yo. His first EP, “Brightness,” was released in 2008, and his other two EPs were released in 2009 and 2010.

Blackbear co-wrote Justin Bieber’s hit song “Boyfriend,” which reached number two on the Billboard Hot 100 in early 2012. Blackbear was one of the first independent artists to monetize SoundCloud streaming in 2014.

Blackbear’s career began at a young age, and he knew what he needed to do to pursue his dreams, so he dropped out of school in 9th grade to become a singer and focus solely on music. He has four albums, six EPs, and one mixtape to his credit, as well as collaborations with Justin Bieber, G-Eazy, Billie Eilish, Machine Gun Kelly, Mike Shinoda, and Linkin Park, Childish Gambino, Mike Posner, and others.

Paint The Town was his first album, released while he was in a band. Blackbear released his first solo full-length album “Deadroses,” in 2015 as a solo artist; the second single from this album, featuring G-Eazy, received over 9 million Spotify streams and 11 million SoundCloud streams. “Drink Bleach, Cashmere Noose, and Mansionz” was released in 2016, “Digital Druglord and Cybersex” was released in 2017-2018, and an Anonymous album was released in 2019.

Blackbear is a songwriter and record producer in addition to being a singer. His most well-known songs include ‘Boyfriend’ by Justin Bieber, ‘Sorry For Now’ by Linkin Park, ‘End of the Road’ by Machine Gun Kelly, and others.

Blackbear’s significant accomplishments include the following: 2014: The first independent artist to monetize SoundCloud streaming. 2012: Co-wrote the hit song “Boyfriend” with Justin Bieber, which peaked at number two on the Billboard Hot 100.

Blackbear was born in Pittston, Pennsylvania, but his family relocated to Palm Coast, Florida, shortly after his birth. Blackbear attended school in Florida, but in 9th grade, he decided to focus solely on music and dropped out of school to work with Ne-Yo in Atlanta. Many popular songs by other artists have featured Blackbear, including Boyfriend (Justin Bieber), Sorry for Now (Linkin Park), and End of the Road (Machine Gun Kelly).

Blackbear dated Bella Thorne in 2017, as evidenced by the photos they shared online, but they split up the following year. From 2017 to 2019, he dated Sydney Carlson. Then, on September 25, 2019, he announced that he and his girlfriend Michele Maturo were expecting their first child in January 2020; his son was born on January 26, 2020, and they announced their news on January 29, 2020. Blackbear was diagnosed with chronic pancreatitis in April 2016 as a result of excessive alcohol consumption.

Blackbear’s Salary and Net Worth

Blackbear has made a name for himself in the music industry, which many other singers are unable to do, and he is rewarded with name, fame, and money as a result of his brilliant work. He became famous through his songs and wrote songs for many other singers, which helped him gain recognition in the music industry. Blackbear has a net worth of $6 million as of August 2022.