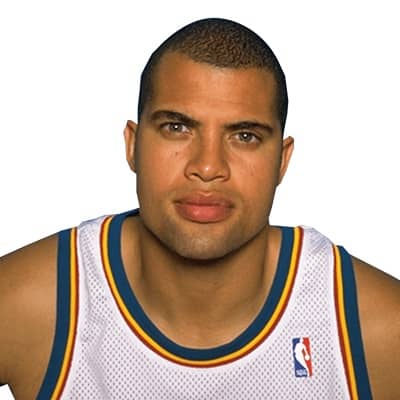 Bison Dele was a great young American basketball player. Bison Dele is remembered for his early retirement, as well as his disappearance and eventual death in the South Pacific.

His father’s name is Eugene “Geno” Williams Jr., and his mother’s name is Patricia Phillips. His father was a member of the band The Platters. He is the second child of his parents, and his older brother is Miles Dabord (born Kevin Williams). However, his parents later divorced. His mother remarried and raised his two younger siblings in Fresno. That marriage, however, terminated when Dele was in junior high. Dele was also of African-American and Cherokee ancestry.

When it comes to his educational background, Dele attended Bishop Gorman High School as a senior. Dele attended Saint Monica Catholic High Institution before moving to this school.

His jersey has been retired at Saint Monica. This player was also a track and field athlete. This was before a high school growth surge propelled this personality towards basketball. Furthermore, Dele began his NCAA basketball career at the University of Maryland. He played for this university for one year and then sat out the next season. His move to the University of Arizona was the reason behind this.

Bison Dele’s reported height was 6 feet 11 inches or 2.11 meters, and he weighed around 260 pounds or 118 kilograms. The young former basketball player had brown hair and hazel eyes.

Bison Dele was a professional basketball player. The late basketballer was a center for the Orlando Magic, Los Angeles Clippers, Denver Nuggets, Detroit Pistons, and Chicago Bulls, among others.

Similarly, this late basketball star won a championship with the Chicago Bulls in 1997. This NBA player abruptly left the league before the start of the 1999–2000 season. He was only 30 years old and in the prime of his profession at the time.

When it comes to this personality’s disappearance in the South Pacific, his brother, Miles Dabord (born Kevin Williams), is suspected of murdering Dele, his lover Serena Karlan, and captain Bertrand Saldo. On July 6, 2002, the four of them set off from Tahiti aboard the basketballer’s catamaran, the Hakuna Matata. His elder brother was the sole person on board who was seen or heard from after July 8, 2002.

As a result, Dabord was the sole first-person source of information on this case. However, he purposefully overdosed on insulin and fell into a coma. The basketballer’s elder brother died in a California hospital on September 27, 2002.

The basketballer’s brother revealed that the two brothers had battled and that Karlan was accidentally struck during the event. When the basketballer’s lover’s head collided with a section of the boat, she perished. Bertrand Saldo wished to disclose Serena’s death at this time. However, as Dabord revealed, a frantic Dele murdered him. The eldest brother shot the basketballer and hurled the bodies overboard in self-defense.

Furthermore, at the time of his retirement, this basketballer was the highest-paid player on the Detroit Pistons. Dele, on the other hand, had deteriorated connections with the club and so chose to walk away from the remaining five years and $36.45 million US dollars on his contract. He chose to retire rather than be traded. Moving on, at the time of his disappearance and eventual death, this late basketballer had a net worth of roughly $30 million US dollars.

Bison Dele was in a love connection with Serena Karlan when she died on July 7, 2002. Prior to this, the basketballer was rumored to have dated Madonna. Dele was a gifted musician in addition to being a basketball player. As a result, the late basketballer was a saxophonist, violinist, and trumpeter.

In addition, the late basketball player liked adventure travel and obtained his pilot’s license. Following his retirement, the late basketballer spent extended amounts of time traveling to Lebanon, the Mediterranean, and the Australian outback. This was before he learned to sail and eventually bought a catamaran to cruise across the Seven Seas.