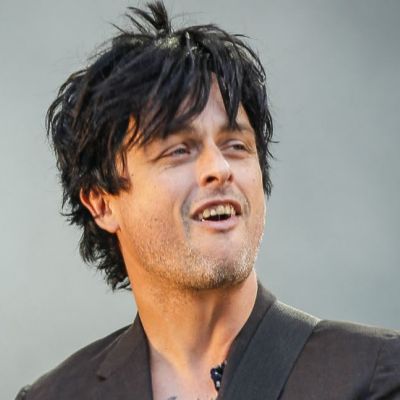 Billie Joe Armstrong is an American musician best known as the lead singer of the band Green Day. He is also the lead singer and guitarist for the band Pinhead Gunpowder. He also contributes vocals to Green Day’s side projects ‘The Network’ and ‘Foxboro Hot Tubs.’ Adeline Records was founded by Armstrong.

Billie Joe Armstrong was born in Oakland, California, on February 17, 1972, to parents Ollie Jackson and Andrew “Andy” Armstrong. He grew up in the nearby town of Rodeo.

He went to a variety of schools, including John Swett High School and Pinole Valley High School. In 1990, he dropped out of college to pursue a career in music.

Billie Joe Armstrong and Mike Dirnt formed the punk rock band ‘Green Day’ in 1986. They released their debut album, ’39/Smooth,’ in 1990. In 1991, ‘Kerplunk’ was released. They went on to release albums such as ‘Dookie,’ ‘Insomniac,’ ‘Nimrod,’ ‘Warning,’ ‘American Idiot,’ ’21st Century Breakdown,’ ‘Uno!’, ‘Dos!’, ‘Tré!’, and ‘Revolution Radio.’ They also have two live albums, four video albums, four compilation albums, one EP, and one soundtrack album to their credit.

In 2003, Armstrong released the album ‘Money Money 2020′ for The Network. For Foxboro Hot Tubs, he also released the albums Stop Drop and Roll!!!’ and ‘Dos!’ The album ‘Foreverly’ with Norah Jones was released in 2013. He has also recorded with Swmrs and has played bass for ‘The Boo’ and ‘Matt Grocott & The Shrives.’

He has appeared in films and television shows such as ‘This is 40,’ ‘The Simpsons Movie,’ ‘Like Sunday, Like Rain,’ ‘Ordinary World,’ and ‘The Voice.’

Billie Joe Armstrong married Adrienne Nesser in July 1994. In February 1995, their son, Joseph Marciano “Joey” Armstrong, was born. Jakob Danger, their second son, was born in September 1998. Erica Paleo was his first serious girlfriend, with whom he split in 1991. He was also involved with “Amanda,” who dumped him in 1994.

Billie Joe Armstrong’s net worth is estimated to be more than $60 million as of June 2022. He makes his money by selling his albums, which have sold over 85 million copies worldwide. He is also the co-founder of Adeline Records and the owner of ‘Broken Guitars,’ a guitar shop. He is also a partner in the business ‘Oakland Coffee Works.’

Billie Joe Armstrong is widely regarded as one of the world’s most popular singers. Throughout his career, he has released numerous albums and singles. He is well-known for his distinct appearance and has a large global fan base. Green Day has won numerous awards and titles and has had numerous No. 1 albums. The band was originally called ‘Sweet Children.’ Armstrong continues to astound people by releasing albums and has never looked back in his career.