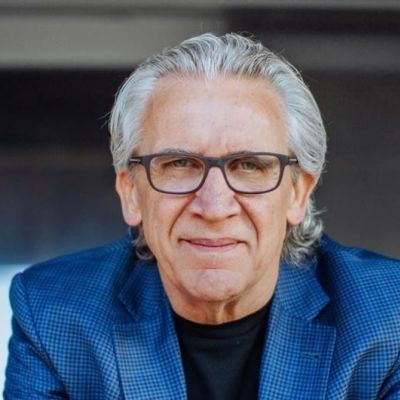 Bill Johnson is a pastor and evangelist. Bill is the senior pastor of Bethel Church in Redding, California, a charismatic mega-church.

His father, Melvin Earl Johnson, was ordained to the ministry of the Assemblies of God Church in 1950. I’ve been a trustee of Bethany College in Santa Cruz since 1978. His mother’s name is Darlene Joyce Morken.

Johnson was raised alongside his two siblings, Robert Anthony Johnson and Wendi Lee Johnson. After graduating from high school in 1968, he moved from the Los Angeles area to Redding, California, where his parents became pastors of Bethel Church.

Johnson, a fifth-generation preacher, has been the senior pastor at Bethel Church since 1996. He is well-known as the pastor of a church and Christian movement that places a high value on miracles and the Holy Spirit. According to Christianity Today, Johnson has a “huge influence among charismatic Christians worldwide.”

Johnson decided to join Bethel on the condition that the message focuses on revival and God’s supernatural presence at all times. His vision cost the church 1,000 members. However, under his guidance, the church has grown from 2,000 members in 1996 to over 11,000 in 2019. His father, M. Earl Johnson, served as Senior Pastor of Bethel Church when it was a part of the Assemblies of God church from 1968 until 1982.

Johnson and his wife formerly served as Senior Pastors of Mountain Chapel in Weaverville, California, from 1978 until 1996.

In 1995, he attended multiple Toronto Blessing revival meetings in Toronto, Canada. Johnson claims that he received a fresh touch from God at these gatherings, which helped him focus his life’s work on pursuing the truth.

Johnson and Bethel Senior Associate Leader Kris Vallotton launched the Bethel School of Supernatural Ministry in 1998 to train students to be revivalists. The university has around 2,000 students from 57 different countries. Johnson is also a member of the Core Residential Faculty of Wagner University in Rancho Cucamonga, California.

Johnson has appeared in various documentaries, including Father of Lights and Holy Ghost Reborn by Darren Wilson. He has also been interviewed and featured in other CBN news pieces. He was featured on the cover of Charisma magazine in an article titled “Born for Revival” in August 2016.

Johnson appeared as a guest on Sid Roth’s It was Supernatural in October 2016. Johnson was a crucial figure in the prosperity gospel movement, which emphasized supernatural miracles as proof of salvation, and his story was featured in the 2018 documentary American Gospel: Christ Alone. Johnson’s actions have also been condemned.

Bill Johnson is a vocal opponent of homosexuality, calling it a sin and a “violation of design.” In a Facebook video blog, he continued, “God did not make those human bodies to come together, to fit, in that way.”

Bill Johnson has only received one award so far: the Primetime Emmy Award for Outstanding Single-Camera Picture Editing Series.

When it comes to his personal life, Bill is a married man. His wife, Brenda Johnson, is the mother of his three children, Eric Johnson, Leah Johnson, and Brian Johnson. Brian Johnson is a worship pastor and contemporary worship musician from the United States. He is also one of Bethel Music’s co-founders and president.

Bill Johnson’s Salary and Net Worth

Bill Johnson has become a well-known figure not just in evangelism but also in the political and social scenes of the United States. He is an active member of his church and has amassed considerable riches as a senior member of the Bethel Church.

Bill gets an average salary of $150 thousand per year and has a net worth of approximately $1.5 million as of January 2023. Though his net worth is unknown, numerous analysts have estimated it at that amount.