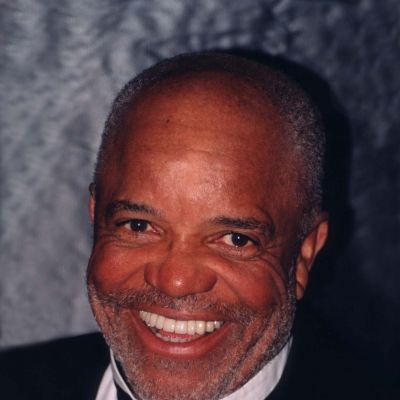 Berry Gordy, an African-American record producer, record executive, film producer, songwriter, and television producer, is 92 years old. He is best known as the founder of the Motown record label.

Berry Gordy III was born on November 28, 1929, in Detroit, Michigan. Berry Gordy is 92 years old, according to his birth date. Berry Gordy II gave birth to him. As the second youngest of seven siblings, he grew up with them.

The family made a living by running a grocery store, plastering and carpentry business, and a printing shop. Berry, on the other hand, was interested in boxing.

He dropped out of school to pursue a professional boxing career. He boxed until 1950 before being drafted by the US Army for service in the Korean War in 1951. Berry opened his record store, 3-D Record Mart, after returning from the war and began selling jazz albums.

Meanwhile, he used his spare time to write songs after working on “Reet Petite,” which became a hit for singer Jackie Wilson. Berry Gordy attended a local high school but dropped out in the eleventh grade. After serving in the Korean War, he earned a General Educational Development degree.

Berry Gordy began his career as a professional boxer. He boxed until 1950 before being drafted into the United States Army for the Korean War. Berry discovered his interest in music after returning from the war in 1953, and he opened an unsuccessful record store called the 3-D Record Mart.

In 1957, he co-wrote “Reet Petite” for Jackie Wilson with sister Gwen and writer Billy Davis. This was his first international hit. Later, Gordy began producing albums and tracks for a variety of emerging artists, including The Miracles, led by Smokey Robinson.

Berry, on the advice of Smokey, borrowed $800 from his family to start Tamla Records, an R&B label, in 1959. He released Marv Johnson’s successful “Come to Me” under Tamla Records. He later released the Miracles’ “Bad Girl” on the Motown label.

With a million-selling hit single “Shop Around,” the Miracles quickly became the label’s first star, followed by “Mickey’s Monkey,” “I’ll Try Something New,” and “What’s So Good About Goodbye.” Berry merged the Tamla and Motown labels into Motown Record Corporation in April 1960.

Later, the corporation made $20 million in revenue in 1966 and went on to become the most successful independent record company in the 1960s and 1970s.

Entrance into the film industry

After Polygram purchased the Motown catalogue, he received $330 million for the songs. Berry Gordy also published an autobiography, “To Be Loved,” in 1994.

In 2011, he also created a Broadway musical about Motown.

Berry sold his Malibu mansion to Michael Ovitz for $6 million in 1997. He sold his Century City, California, condo for $2 million in 2014. Gordy also purchased a home in Bel-Air in 1976.

Following that, he purchased three contiguous parcels, resulting in a 4-acre compound. The main house is 10,000 square feet and has 13 bedrooms and nine bathrooms. Berry also owns a 5,000-square-foot parcel nearby. His Bel-Air property is worth between $50 and $70 million.

In Toledo, Ohio, he married Thelma Louise Coleman for the first time in 1953. He has three children with Coleman: Hazel Joy Gordy, Berry Gordy VI, and Terry James Gordy. The couple divorced in 1959.

Berry married Raynoma Mayberry Liles a year later. He and Liles have a son named Kerry Gordy. The union lasted until 1964. Grace Eaton, his wife, married him in 1990. Regrettably, the marriage ended in 1993.

Berry also has a daughter, Sherry Gordy, with Jeana Jackson and a son, Kennedy William Gordy, with his former mistress, Margaret Norton. He was in a relationship with Motown artist Diana Ross from 1965 to 1970.

With Diana, he had a daughter named Rhonda Suzanne. Berry and Nancy Leiviska’s youngest child is a son named Stefan Kendal Gordy.

Berry Gordy’s Salary and Net Worth

Berry Gordy’s net worth is estimated to be $450 million as of January 2022. He has amassed all of his wealth as a result of his successful record producer and songwriter career. He became one of the most influential music figures of all time as the founder of the Motown record label.