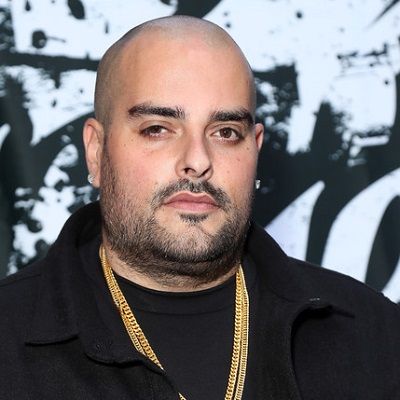 Berner is a rapper and entrepreneur from the United States. Berner’s most well-known albums include “Urban Farmer,” “Hempire,” “El Chivo,” and “La Plaza,” among many more. Similarly, he is the founder of several enterprises, including “Cookies,” and he is deeply involved in the California-based cannabis trade market.

Gilbert Anthony Milam Jr. is Berner’s birth name, however, he is better known by his stage name. He was born on October 27, 1981. His father was a chef in a Mexican restaurant on Fillmore Street, while his mother was an office worker. He is 39 years old and a Sunset District local.

In terms of his educational background, he attended Galileo Academy of Science and Technology before dropping out. His family relocated to Arizona when he was 13 years old, with his father intending to operate a restaurant. He began battle rapping in high school and released his debut mixtape, Dirty Sneakers, in 2006.

Between the ages of 18 and 25, he ran a marijuana club. He then opened multiple marijuana businesses and began producing the TV show, Marijuana Mania.

In terms of physique measures, the rapper stands tall at 1.7 m (5 feet 7 inches) and weighs roughly 70 kg. There is no information regarding his chest-waist-hip, biceps, dress size, shoe size, or anything else. He also has dark brown eyes and hair the same color. He has a few tattoos on his body as well.

Berner is a rapper and entrepreneur from the United States. Wiz Khalifa’s Taylor Gang Entertainment signed him. He has released 16 albums as of 2019, with several of them charting on Billboard’s “Top R&B/Hip-Hop Albums” chart. He is a prolific collaborator in addition to his solo work. He has worked on over a dozen projects with artists such as The Jacka, B-Real, Cameron, Styles P, Young Dolph, and Mozzy.

He is credited with the founding of several enterprises, including Cookies, and he is particularly engaged in the California-based cannabis trade sector. He is a passionate supporter of marijuana and also has a shop providing related clothes and lifestyle accessories.

In the mid-2000s, he began rapping while still in high school. In the year 2007, he self-produced and released his debut mixtape, Dirty Sneakers…Plenty of Ways to Get It. The same year, he founded his own label, Bern One Entertainment, and released his debut album, Track Money & Pack Money, through Equipto. Weekend at Bernie’s, his first solo album, was released in 2009, together with four other CDs.

Furthermore, he has worked hard to become one of the Bay Area’s greats, alongside E-40, Mac Dre, and Too $hort. With the release of his latest album, La Plaza, on November 11, 2019, he remains active and relevant in the industry. He is also continually pushing the boundaries of his music, and he has an outstanding record of artist collaborations on his resume, alongside production heavyweights like Scott Storch, RZA, and Cozmo.

Similarly, he signed to Wiz Khalifa’s Taylor Gang Records in March 2012. Urban Farmer is his first collection, published on October 2, 2012, through Taylor Gang Records. Furthermore, in 2013, he performed on the “Under the Influence of Music Tour” alongside musicians like Khalifa, A$AP Rocky, Trinidad Jame$, and Joey Bada$$.

Similarly, he released Contraband, a joint album with Cameron, in 2015. He also released Drought Season 3 alongside deceased rapper The Jacka the same year. In 2016, he released his solo album Hempire, as well as organized a 4/20 performance at the Bill Graham Civic Auditorium with Cypress Hill, Juicy J, Dizzy Wright, J Boog, Kool John, and himself.

A career in business

Furthermore, from the age of 18 to 25, the artist maintained a cannabis club. He heard Wiz Khalifa’s release with Equipto and signed him to the Taylor Gang after meeting him. Milam has expanded his business ventures beyond music, including fashion lines and his own genetically created original strains of medical marijuana.

In addition, he launched “Cookies,” a clothing and lifestyle business in San Francisco. He offers products like lunch bags, duffle bags, and “smell proof” backpacks there. He is also affiliated with the marijuana geneticists known as the “Cookie Family.” It yields strains that are popular in California, such as “Girl Scout Cookies” and “Sunset Sherbet.”

Berner’s Salary and Net Worth

Berner’s net worth is estimated to be $25 million dollars as a result of his profession as a rapper and entrepreneur. His earnings as a rapper range from $21k to $208k, and his earnings via his YouTube channel range from $15.4k to $246.8k. Furthermore, the rapper makes money through Instagram postings that are in the five-figure level. Aside from them, he gets money from his apparel and Cannabis Trade Market businesses, as well as musical performances.

Berner, an American rapper, is married but does not reveal the identity of his wife. He has also not revealed when the two married. Similarly, he is a father with a daughter named Janelle. Nonetheless, the musician occasionally posts cute photos of himself and his wife and daughter on his official Instagram account. He has also suggested on social media that he is ready to have another child. In addition, the family has two pets.

Berner is present on several social media networks. He began using Twitter in March 2009 and currently has 229.7k followers. Similarly, as of August 2020, he had 1.4 million Instagram followers and 17,273 posts. Furthermore, his official Facebook profile has 553.7k followers. He also has a YouTube channel with the same name, which has 592k subscribers. He started his channel on March 18, 2007, and has 368,053,710 views so far.