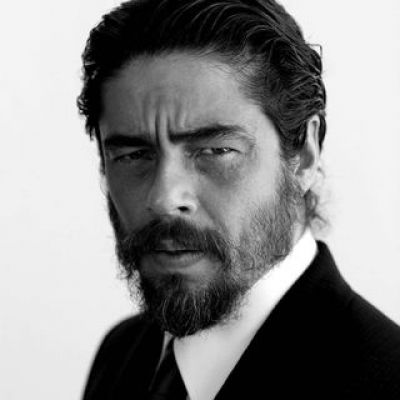 Benicio del Toro is a Puerto Rican actor and producer who has worked in the entertainment industry since 1987. This actor is well-known for his role as Javier Rodriguez in the 2000 film “Traffic,” for which he earned numerous awards. He started out studying business, but as his passion for acting developed, he dropped out and pursued acting full-time. Similarly, he started his acting career on television before moving on to film roles. At the age of 21, he is also one of the youngest actors to be cast as a Bond henchman. In addition to acting, he has voiced numerous characters in various films and has also appeared in theme park attractions in 2017.

Who is Benicio del Toro? Benicio del Toro was born on February 19, 1967, in San Germán, Puerto Rico. His full name is Benicio Monserrate Rafael del Toro Sánchez. Gustavo Adolfo del Toro Bermdez and Fausta Genoveva Sánchez Rivera, his parents, were both attorneys. Gustavo del Toro, his older brother, is the executive vice president and chief medical officer at Wyckoff Heights Medical Center. He is also 53 years old and born under the zodiac sign of Pisces. Benicio del Toro is a citizen of three countries: Puerto Rico, Spain, and the United States. He is of mixed race, white and Hispanic, according to his ethnicity. His ancestors are of Spanish, Catalan, Basque, Italian, and Native American descent. Furthermore, his religious beliefs are Christian. Benicio del Toro attended Mercersburg Academy and Academia del Perpetuo Socorro (The Academy of Our Lady of Perpetual Help). He went on to study business at the University of California. He dropped out of the business classes as his interest in his elective drama class increased. Similarly, he enrolled in acting classes at Los Angeles’ Stella Adler Conservatory of Acting and New York City’s Circle in the Square Theatre School.

In the television series, Benicio del Toro made his acting debut. In 1987, he debuted as Pedroza in the film “Shell Game.” He also appeared in ‘Miami Vice’ as Pito and ‘Private Eye’ as Carlos in the same year. After three years, he reprised his role as Rafael Caro Quintero in the mini-series “Drug Wars: The Camarena Story.” In 1994, he appeared in Tales from the Crypt, and in 1995, he appeared in Fallen Angels. In addition, his most recent series was ‘Escape at Dannemora,’ in which he played Richard Matt in 2018.

Who is Benicio del Toro’s Girlfriend? When it comes to Benicio’s personal life, he has dated a variety of women. Claire Forlani, Alicia Silverstone, Chiara Mastroianni, Lindsay Lohan, Kimberly Stewart, and others were among his previous girlfriends. He also has a daughter named Delilah with Kimberly Stewart, despite the fact that they are not married.

Benicio del Toro has been nominated for 64 awards and has won 33 of them. In 2001, he won an Academy Award for his performance in the film “Traffic.” For the same film, he received awards from the Berlin International Film Festival, the British Academy Film Awards, the Golden Globe Awards, the Screen Actors Guild Awards, the National Society of Film Critics Awards, and many others. He has also received awards from the Hollywood Film Awards in 2015, the Independent Spirit Awards in 2004, and the American Latino Media Arts Awards in 2001.