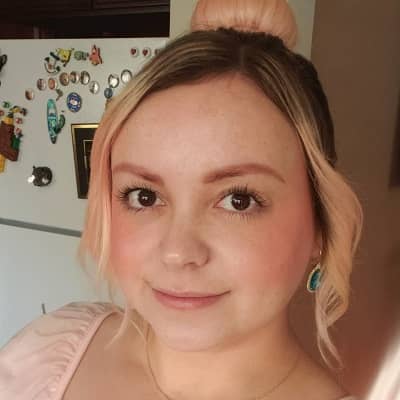 Baylee Jae is a Canadian YouTuber. Baylee Jae also has a YouTube channel called ‘Baylee Jae,’ where she posts vlogs about her life.

Baylee Jae Neubeker, better known as Baylee Jae, was born in Canada on October 3, 1990. She is currently 31 years old and a Canadian citizen.

Furthermore, her zodiac sign is Libra, and her ethnicity is unclear. Furthermore, she has an older brother named Wendell and a younger sister named Brooklyn.

When Baylee was in class 7, her parents divorced and they all relocated to town except for her father. When Baylee was 15, her mother acquired a new job in Medicine Hat and moved there. Her mother remarried later in life.

Aside from that, there is no information on her birthplace, parents, or childhood. Based on her successful career, we can conclude that she was possibly well-raised as a youngster by her parents.

She has not acknowledged her academic qualifications when discussing her academic career. She did, however, study animation in college.

Later, she spent two years in Medicine Hat attending veterinary school and pre-veterinary programs before relocating to Saskatoon for her third year. Furthermore, she has not yet made public her college or university name.

This YouTuber is 5 feet 6 inches tall and weighs approximately 62kg. Furthermore, this lady has blue hair and brown eyes, and there is no information on her other physical measurements.

On September 27, 2011, she began her self-titled channel while still in college. Since then, she’s been releasing fantastic art videos on it.

She has provided a wide range of art-related work, including art tutorials and hauls, as well as speed paints and animations.

‘How to Make Button Sets’ and ‘Painting Beauty and the Beast Nesting Dolls’ are two of her most lovely and fun craft videos.

Her YouTube account has over 1.12 million subscribers and 178,944,306 total views. Baylee Jae’s most popular YouTube video is named ‘How to Draw Hair: Braids,’ and it has over 9 million views and 87k likes. Her first YouTube video, titled ‘Speed Drawing: Cocoa the Doggie,’ was posted on January 14, 2012.

These are thorough instructions for folks who are new to crafting. Baylee Jae’s marker illustrations rival her craft videos in quality. These sketching videos are a must-see for everyone who wants to learn how to draw.

Aside from that, the channel’s other art-related programs are also worth watching. She also has a YouTube channel called ‘Bumble Baylee.’

This vlog channel, which debuted on November 22, 2012, is all about vlogs. There are numerous videos on the channel that highlight Baylee’s daily life.

There are almost 201k subscribers on this channel, with a total of 55,502,643 views on YouTube. With over 1 million views and 15k likes, ‘BAYLEE VS SPIDER’ is one of her most popular videos. Baylee Jae has also worked professionally on a number of TV episodes and animated feature films.

Beylee’s relationship status is married, although she has not divulged the identity of her spouse. This YouTuber keeps his personal life quiet and focuses solely on his work. And he has yet to get involved in a dispute or become the subject of rumors.

Baylee Jae’s Salary and Net Worth

Her net worth as a YouTuber is estimated to be over $1.5 million, and she has yet to publicly disclose her salary and income.

She has not gotten any accolades or recognition in her professional career as of now. Based on Baylee’s success, we should expect her to receive some of them in the coming years. After winning a contest on YouTuber SoCraftastic’s channel in 2013, she received an iPad.