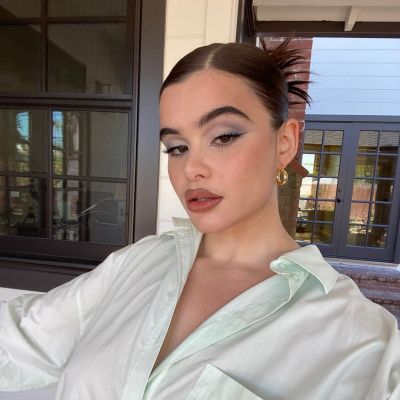 Barbie Ferreira is an Instagram sensation from the United States. Barbie Ferreira is a Wilhelmina International plus-size model and social media celebrity. She was interviewed in Seventeen magazine, where she spoke out about fat-shaming. Similarly, she is an actress who debuted in the year 2019 as Kat in HBO’s Euphoria.

Barbie Ferreira was born on December 14, 1996, in Queens, New York, United States. She is 24 years old and belongs to the Sagittarius zodiac sign. She is a citizen of the United States of America. Barbara Linhares Ferreira is her first name, and she is of Brazilian descent.

Barbie’s parents’ names and other records are currently unavailable. Similarly, details about her other relatives, such as her brothers, cousins, and other relatives, has been unavailable until now. Her mother, on the other hand, is Brazilian and has served as a cook. Barbie was also brought up by her mum, aunt, and grandma. In addition, her grandmother served as a waitress.

Barbie graduated Hackensack High School, according to her educational record and qualifications. Her university, on the other hand, is undisclosed. And, with her maturity, she would have completed university, whether she is a dropout or has opted to discontinue her studies.

Barbara Linhares Ferreira is an actress and model from the United States. Her work as well as her position as a vocal advocate of the body positivity campaign garnered her recognition and acclaim. She launched her career on her own by submitting American Apparel images. Barbie later worked as a model for the company while still operating in one of their shops. She has also posed for a number of well-known labels, including Aerie, Adidas, Asos, Forever 21, H&M, Missguided, and Target.

Similarly, Ferriera’s Aerie promotion went viral in 2016, with unretouched photos and a video interview. Later that year, she was called one of Time magazine’s “30 Most Influential Teens.” Barbie Ferreira also appeared in the etiquette-focused 10-episode Vice series “How to Behave.” This show delves into topics like sex, wealth, and body image. The series has won her a Webby Award nomination for “Best Web Personality/Host.”

Barbie Ferreira also appeared in the Teen Vogue web series “Body Group.” In this film, she took the viewers across the different aspects of her own body positivity mantra. In addition, she played “Ella” in two episodes of HBO’s “Divorce” alongside Sarah Jessica Parker and Thomas Haden Church. Similarly, Barbie will reprise her role as “Kat” in HBO’s upcoming series “Euphoria (2019),” featuring Zendaya. She also directed the music video for Dounia’s song “So Cool.”

In addition, Barbie Ferreira made her film debut in HBO Max’s Unpregnant, opposite Haley Lu Richardson. She still has an Instagram channel with the handle “barbieferreira.” And she has 2168 Instagram articles to her credit so far. She has more than 2.6 million fans on this social media website at the moment. Furthermore, the photos Barbie posts on her Instagram account are stunning, eye-catching, and appealing.

Barbie Ferreira is reportedly dating Elle Puckett, a guitarist. They’re still Instagram mates. Similarly, for the actress’ birthday in December 2019, the pair traveled to Fiji together. They have sat next to each other at the drive-in premiere of Unpregnant recently.

Barbie Ferreira measures 5 foot 8 inches tall and weighs 98 kilograms. Her other body proportions, such as her chest, waist, and hips, are all 40-36-48 centimeters, respectively. Ferreira also has black hair and blue skin.