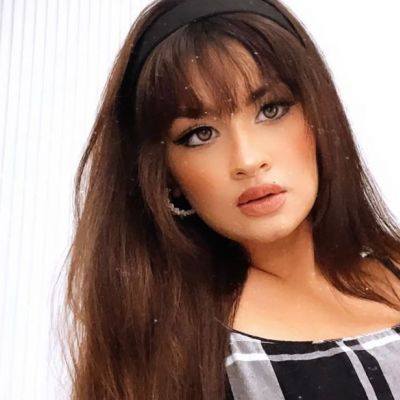 Avneet Kaur is a young Indian model and actress on the rise. Avneet Kaur rose to prominence as Princess Yasmine in Aladdin- Naam to Suna Hoga and Chrarumati in Chandra Nandini. Similarly, the stunning actress is well-known on social media, where she has amassed a sizable fan base on Instagram.

Avneet Kaur was born in 2001 and celebrates her birthday every year on October 13th. She was born in the Indian state of Punjab, in the city of Jalandhar. Similarly, she is currently 19 years old. Avneet is of Indian origin and was born under the sign of Libra.

In terms of her family, she was born to Amandeep and Sonia Nandra. Her father is a businessman, and her mother is a housewife. She grew up in a Punjabi family. She, too, has a younger brother named Jaijeet Singh. The actress currently resides in Mumbai, India. Avneet developed an interest in singing and dancing as a child.

Avneet Kaur received her early education at the Police DAV public school. Her school was in her hometown of Jalandhar, Punjab. She then attended Oxford Public School. She has also graduated from high school. She received 74 percent on the Maharastra Board Exams. Similarly, the stunning actress is studying Commerce at a private college in Kandivali, Mumbai.

Avneet Kaur has grown into a well-known actress, model, and social media influencer. She also has a sizable fan base across multiple social media platforms. She made her television debut on the show Dance India Dance Lil Champs. She advanced to the semi-finals despite the fact that she was already a very passionate and talented dancer. She was, however, eliminated before reaching the finals. She later appeared on the show Dance Ke Superstars.

She had already gained enormous popularity as a result of her success on the dancing shows. She made her acting debut in Life Ok’s ‘Meri Maa’ in 2012. She played Jhilimili and won the hearts of many Indian families. Similarly, she appeared in SAB TV’s “Tedhe Hain Par Tere Mere Hain.” Avneet had previously competed in Jhalak Dikhla Jaa. Aside from appearing in a number of shows and Indian serials. The young actress has also appeared in a number of music videos.

She made her film debut in 2014 with the film ‘Mardaani.’ Pradeep Sarkar directed the film. Similarly, she co-starred in the film with famous Indian actress Rani Mukharjee. In 2017, she portrayed Queen Charumati in the television series Chandra Nandini.

The following year, she portrayed Princess Yasmine in the play Aladdin-Naam To Suna Hoga. She was on the show for two years before leaving due to health issues. The young actress has also created a YouTube account. Her self-titled YouTube channel has over 1.5 million subscribers and features vlogs, skincare, and makeup videos.

To date, the young actress has won a couple of awards. The following are some of the honors she has received: 2017 Perfect Achievers Awards- Best Child Actress, 2018 Bharat Icon Awards- Young Achievers Awards, 2019 Gold Debut in a Lead Role Award, 2020 Bolly Buzzer Awards-Favourite Personality of the Year, 2020 Gold Glam and Style Awards- Most Stylish Influencer

Similarly, she has amassed a sizable fortune through her acting career. She has a $1 million USD net worth.

Avneet Kaur is an extremely attractive actress. Her personality complements her stunning appearance. Similarly, she is currently single and is not dating anyone. She has instead chosen to concentrate on her career for the time being. She also has harmonious relationships with her friends and family.

The young actress has stayed out of trouble and has not been involved in any scandals.

Avneet Kaur is a stunningly beautiful actress. Her height is 5 feet 3 inches, and she weighs 48 kilograms. Similarly, her body measurements (chest-waist-hips) are 28-24-28. Avneet has dark brown hair and beautiful brown eyes.

The young actress has amassed a large following on social media. She can be found on Tiktok, Twitter, and Instagram. Similarly, she has over 22.6 million Tiktok followers, 75.1k Twitter followers, and a whopping 19.2 million Instagram followers.