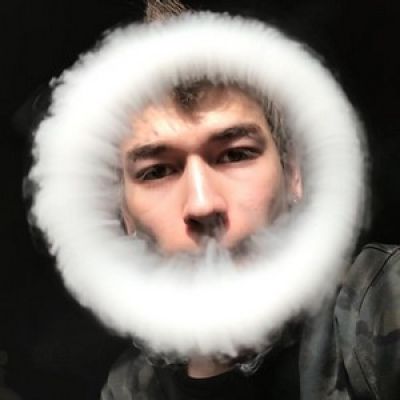 Over the years, vaping has acquired substantial attention and acceptance as a cigarette alternative. Austin Lawrence was mastering jaw-dropping vaping abilities back when vaping was still getting traction. He began publicizing the tactics he had learnt on Instagram. And guess what? He gained quick worldwide acclaim and celebrity. Because of his incredible abilities and stunts, he has been dubbed the “Vape God,” since no one is more imaginative and intelligent than him. Tell us more about this air-bending magician.

Who is Austin Lawrence? Austin Lawrence was born in the United States on July 3, 1995. Little is known about his life and his interests as a child. However, he aspired to be as cool as his grandpa, a boxer and Navy engineer. This need to appear cool prompted him to become a cigarette smoker. But he became hooked to it.

Fortunately, following the introduction of vaping, he converted to it in order to quit smoking. Austin grew up to become an Instagram celebrity, gaining fame and recognition for his jaw-dropping vape tricks, which he posts on his Instagram account. At the time of writing, Austin had more than 3 million followers on Instagram alone.

Not only that, but he has a large number of followers and subscribers on his YouTube account. He has over 2 million followers on his channel and has had over 204 million views to date.

Austin’s talent drew the attention of world-famous rapper Drake as he went viral on the Internet and around the world. He was into vaping as well, but his talents were nowhere like Austin’s. He was so eager to learn his talents that he asked him to his home, YOLO Estate in Calabasas, California, to show him some of his vaping secrets. Austin was featured on Drake’s Instagram post, which has millions of followers. He became even more popular as a result of this feature, and he now has millions of fans all around the world.

Austin Lawrence’s Income And Net Worth

How much is Austin Lawrence’s Income? Because Austin has over 3 million Instagram followers, sponsors pay a set fee for each post he makes.

Taking Austin’s most recent 15 posts into account, the average engagement rate of his followers on each of his posts is 9.80 percent. As a result, the average estimate of the sponsorship fee he asks is between $5,984.25 and $9,973.75.

YouTube: He currently has over 2.1 million followers and an average of 668,170 views per day on his channel.

According to socialblade.com, he makes between $46.1k and $736.8k per year from his YouTube channel, based on daily views and subscriber growth.

Vertigo Vaporium: As a well-known vaping aficionado, he has already established his own vape-related accessory business, Vertigo Vaporium. It’s in his hometown of New Brunswick, New Jersey. Although nothing is known about his earnings from it, considering his amazing social media presence, it is safe to assume that the business provides him with a substantial sum of money.

Austin Lawrence’s net worth is projected to be roughly $2 million after examining all of his revenue streams, as mentioned above, throughout the years.

Who is Austin Lawrence’s Girlfriend? He has not revealed his love partner or relationship status at the present due to his determination to keep his personal life out of the spotlight.