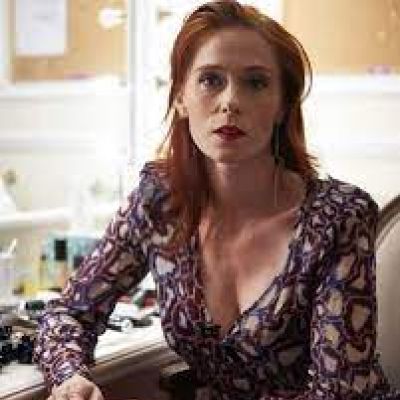 Audrey Fleurot is a French actress who has been involved in the film industry since 2000. She began her acting career in theaters and progressed to movie and television series roles. Her most recent stage appearance was in ‘Le Tartuffe,’ which she played from 2016 to 2018. Her first television film, ‘Froid come l’été,’ was released in 2002. This actress is best known for her role as Lady of the Lake in the comedy-fantasy TV series “Kammelott.” She is a professional tango dancer in addition to acting.

Who is Audrey Fleurot? Audrey Fleurot was born in Mantes-la-Jolie, France, on July 6, 1977. She is 43 years old and was born under the sign of Cancer. There isn’t a lot of detail about her early years. Audrey Fleurot is a White woman of French nationality and ethnicity. Audrey Fleurot studied at the Center Saint Charles at the University Paris 1 Panthéon-Sorbonne from 1995 to 1997. She went on to the École Nationale Supérieure des Arts et Techniques du Théâtre in Lyon, where she received her diploma in 2000.

What is Audrey Fleurot’s Height? She is 5 feet and 9 inches (1.75m/175cm) tall and weighs approximately 62 kilograms (136lbs). Her body type is slender, with a chiseled jawline and pale skin tone. She also has a pair of green eyes and auburn hair.

Audrey Fleurot made her film debut in the 2002 television film “Froid comme l’été.” In 2004, she played Marie in the short film “Les seins de ma prof d’anglais.” The next year, she appeared in a television movie called “La Bonne Copine,” in which she played Charlotte. Her next film appearance was in the 2007 comedy film “Two Worlds,” in which she played Boubs. She portrayed The midwife in the short film “Bebe” in 2008. She has appeared in three television movies in 2009. Her other TV movies include 2017’s “Peur sur la Base,” 2014’s “Notre Faust,” and others.

Similarly, in 2011, she appeared in a number of films. To name a couple, she starred as Magalie in the film “The Intouchables.” The main characters were François Cluzet and Omar Sy. After that, she starred in films such as “The Women on the 6th Floor,” “Delicacy,” “Midnight in Paris,” and “La vie en miettes.” In addition, she appeared in these films alongside Fabrice Luchini, Natalia Verbeke, Ariane Ascaride, Audrey Tautou, Owen Wilson, Rachel McAdams, Carla Bruni, and others. ‘F.B.I. Frog Butthead Investigators’ was released in 2012, followed by ‘Queens of the Ring’ and ‘Fonzy’ in 2013, ‘French Women’ in 2014, and ‘The Canterville Ghost’ in 2016. She also played Anne in the 2018 production of ‘La Fête des mères.’

Audrey Fleurot has a social media presence. Her Twitter handle (@FleurotAudrey) has a following of 19.8 thousand people. Similarly, her Facebook profile has over 21 thousand likes and over 25 thousand likes that have not been confirmed.

Who is Audrey Fleurot’s Boyfriend? This actress has been married to Djibril Glissant for a long time. On November 25, this couple gave birth to a son named Lou.

Audrey Fleurot has earned four nominations, but none of them have resulted in a win.

Audrey Fleurot’s Income And Net Worth