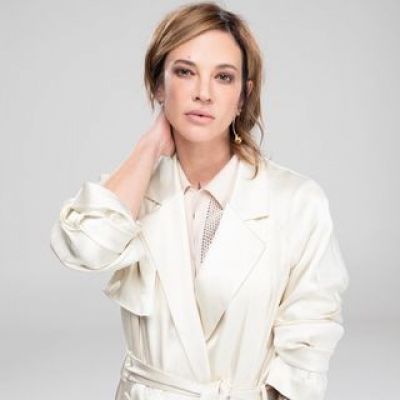 Who is Asia Argento? Asia Argento is a 45-year-old Italian actress, model, singer, DJ, director, and writer. She was born in Rome, Italy, on September 20, 1975. Aria Maria Vittoria Rossa Argento is her full name. Dario Argento is her father’s name, and he is a film director, producer, and screenwriter. Daria Nicolodi is her mother’s name. Fiore Argento and Anna Ceroli are her two siblings. She is of mixed-race (Italian-Ashkenazi Jewish) and practices the Christian faith. Virgo is her zodiac sign. She has mentioned in interviews that she and her father do not have a close relationship. Her father was absent when she was a child, and she has said that she had a sad childhood as a result.

What is Asia Argento’s Height? Asia stands 5 feet 6 inches (1.67m) tall and weighs 55 kilograms (121 lbs). Her body measurements are also 34-26-35 inches. Her eyes are black, and her hair is black. She currently has short blonde hair. She also has tattoos on her wrists, shoulders, hips, and stomach, among other places.

Asia is a multi-talented performer who can act, model, direct, sing, and write. Argento started her acting career when she was nine years old. In her career, she has appeared in and directed a large number of films. The following are some of her career highlights. She made her television debut in 1985 with “Sogni e Bisogni” and has since appeared in a variety of films including “Zoo” in 1988, “The Church,” and “Redwood Pigeon” in 1989. She made her acting debut in the Italian comedy “Perdiamoci di vista” in 1994, as well as the French film “Charlotte de Sauve La Reine Margot.”

Argento has made two short films in the same year, “A nitroso” and “Prospettive.” She starred in the drama film “Compagna di Viaggio” in 1996. After that, she begins to appear in English films, beginning with the 1998 films “New Rose Hotel” and “B. Monkey.” In 2017, she appeared in the film “The Executrix.” Asia wrote and directed her first fiction feature film, “Scarlet Diva,” in 2000. Argento’s second feature film, “The Heart Is Deceitful Above All Else,” was released in 2004. Her appearance as undercover spy Yelena in the American action film xXx has gotten her a lot of attention. She appeared in the period drama “The Last Mistress” in 2007. Then, in 2014, she wrote and directed “Misunderstood.”

Asia has appeared in a number of television shows, including “Milady” in 2004, “Rodolfo Valentino” in 2014, and “Ballando con le Stelle” in 2016. She had also appeared in a video game in the role of Faith in “Mirror” from 2008 to the present, as well as in “Edge” in 2009. Her debut album, “3 Sad Heart,” was released in 2008, followed by “Total Entropy” in 2013. Throughout her career, she has published a variety of articles and novels. She’s also a part of Femina, the Legendary Tiger Man’s project. On September 14, 2009, it was announced. She also contributed vocals to the song “Life Ain’t Enough for You,” which was released as a single alongside the B-side “My stomach is the most violent in all Italy.”

Her debut album, Total Entropy, was released by Nuun Music in May 2013. She had a supporting role in the British film Shongram in 2014.

Asia Argento’s Income And Net Worth

How much is Asia Argento’s Income?  Multi-net talented’s worth is projected to be around $18 million. She is paid a salary of $1 million per year. She makes a lot of money from other films, television shows, and advertisements.

She has received numerous awards during her career, including Diamant 13 on Capri Arts Award in 2009, Best Actress on Compagna di Viaggio in 1996, and Best Actress for Perdiamoci di vista in 1994 at David di Donatello Awards. In 1996, she won the Golden Ciak Award for Best Actress for La Sindrome di Stendhal.

Who is Asia Argento’s Boyfriend? Asia’s personal life does not seem to be going well. She had been dating Marco Castoldi, an Italian rock and roll guitarist. Anna Lou was their first child, born in 2001.

Michael Civetta, an Italian film director, has been her boyfriend for a long time. They married in Arezzo on August 27, 2008, and have a daughter named Nicola Giovanni Civetta. In 2013, the pair divorced. Argento was in a relationship with Anthony Bourdain, a chef who committed suicide on June 8, 2018, in Kaysersberg-Vignoble, France.

Similarly, the famous actress has been embroiled in controversy following Jimmy Bennett’s sexual assault lawsuit. Bennett wants a large sum of money, and both of their attorneys are talking about settling the case. Another scandal has made her popular. She filed a lawsuit against actor Harvey Weinstein in 2017. When she ran away from home at the age of 14, it was rumored that she didn’t have a stable relationship with her father.