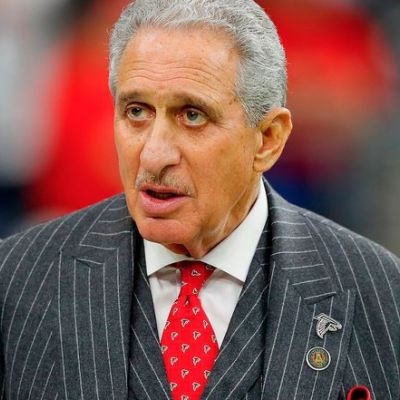 Arthur Blank is a well-known American businessman best known as the co-founder of ‘The Home Depot.’ Blank owns the ‘Atlanta Falcons of the National Football League. He also owns a stake in ‘Atlanta United,’ a Major League Soccer team. He is a philanthropist who has received numerous awards for his contributions to various organizations.

Arthur M. Blank was born in Sunnyside, New York, on September 27, 1942, to Molly and Max Blank.
He finished his education at Stuyvesant High School in New York City. He graduated from Babson College with a BS in accounting and business administration in 1963.

Arthur Blank used to work as a senior accountant for Arthur Young and Company after finishing college. Following that, he began working for the Daylin Corporation. He later rose to the position of president of Daylin’s Elliott’s Drug Stores/Stripe Discount Stores. Blank then moved to Handy Dan Home Improvement Centers’ division.

Together with Bernard Marcus, he co-founded Home Depot in 1978. It is a construction product, tools, and services company headquartered in Atlanta Store Support Center. It quickly revolutionized the home improvement industry and began to evolve the new concept of warehousing. As a result, both Blank and Marcus became billionaires.

Arthur Blank served as the company’s president for 19 years before taking over as CEO. He stepped down as co-chairman of the company in 2001. He purchased the Atlanta Falcons of the National Football League in 2002. Two years later, he bought the Georgia Force of the Arena Football League. He is also the owner of Atlanta United FC, a Major League Soccer team.

Arthur Blank received the Changing Lives Award from the American Institute for Stuttering in 2011. He was inducted into the Junior Achievement U.S. Business Hall of Fame in 2006. In 2005, Ernst & Young LLP named him National Entrepreneur of the Year. Blank was named Georgia’s Most Respected CEO by Georgia Trend magazine. Arthur Blank was inducted as a Georgia Trustee by the Georgia Historical Society in 2014.

Arthur Blank’s first wife was Diana J. Blank. Danielle Blank, Dena Blank Kimball, and Kenny Blank are their three children. In 1993, the couple divorced. Following that, in 1995, he married Stephanie V. Blank. They have three children: Kylie Blank, Max Blank, and Joshua Blank. In 2013, he divorced Stephanie. He married Angela Macuga in 2016.

Arthur Blank’s Salary and Net Worth

Arthur Blank’s net worth is estimated to be more than $6 billion as of June 2022. He amassed this fortune through his work at Home Depot. As a result of his association with Home Depot, he quickly became a billionaire and went on to own a sports team. In addition, he owns Mountain Sky Guest Ranch in Emigrant, Montana. In 2002, he paid $545 million for the Atlanta Falcons, which are now valued at $2.1 billion.