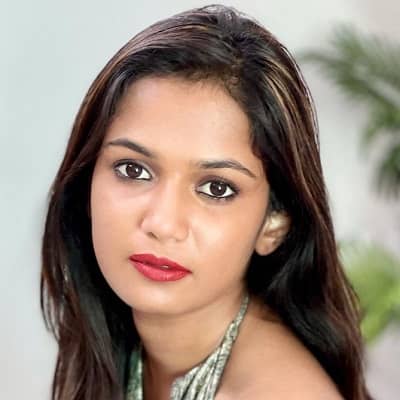 Ariyana Glory is a South Indian model, actor, and television host. Ariyana Glory rose to prominence as a result of the television show “Kirak Comedy.” She was also a competitor on the Telugu version of Bigg Boss (Season 4).

Ariyana Glory was born in Hyderabad, Telangana, India, on January 25, 1993. Ariyana’s birth date places her at the age of 28. In addition, she is an Indian national with a South Asian ancestry. Ariyana is a Christian with the sign of Aquarius as her zodiac sign. She also comes from a Christian middle-class family in Hyderabad. She is the daughter of Neil Glory (father) and Jeanette Glory (mother). Her father is a businessman, and her mother is a stay-at-home mom.

When it comes to her siblings, she has one sister, Naimcy Glory. She spent her childhood on Hyderabad’s streets, playing. The anchor loves animals and has a dog named Duke. She enjoys seeing new areas and going out to parties. She has always been interested in anchoring and journalism and has aspired to pursue a career in those fields since she was a child.

In 2015, she joined ‘Studio One’ in Hyderabad as an anchor after completing her studies. In 2016, she also worked for the ‘Sun TV Network.’ Ariyana joined the channel ETV Abhiruchi in 2017 and hosted the cookery show “Vantacheyatarama.” She rose to prominence after appearing on Gemini TV’s “Kirak Comedy.” She also hosts events and has done so for a number of them, including the D2D Carnival in Asia’s largest Film City.

She has aired a number of shows and interviewed a number of South Indian celebrities in her capacity as a television broadcaster. Among these is her interview with Ram Gopal Verma, which is one of the best. Ram Gopal Verma is a film director from India. She has dabbled in modeling and acting in addition to anchoring. In 2017, Ariyana appeared in the Telugu short film “Naa Boyfriend Chala Manchodu.” Along with Uday, Kishore, and Pavan, she acted as a lead actress in the films. In the year 2020, she competed in the popular television show “Bigg Boss Telugu 4.”

She is very active on several social media sites. She has her own YouTube channel, which she calls “Ariyana.” There are almost 140k subscribers and 4,607,586 total views in this video. She started her YouTube channel on January 2, 2021. ‘Birthday Surprise || My Birthday Celebrations || Ariyana Glory || Tamada Media‘ is one of her most popular YouTube videos, with over 970k views and 31k likes. She uses the TikTok app as well. Her TikTok account has over 210k followers and 1.4 million likes.

When it comes to Ariyana’s accolades and nominations, she has yet to win any. Furthermore, based on Ariyana’s success and fan base, we should expect her to win some prizes in the next years.

Ariyana is unmarried and single when it comes to her love life. Until today, there has been no information about her relationship. She is also concentrating on her personal and professional goals.

When it comes to Ariyana’s rumors and scandals, she hasn’t been a part of them until now. Apart from that, the anchor is preoccupied with her personal and professional affairs. Furthermore, she prefers to stay away from gossip and scandal.

She is one of the magnificent and lovely anchors. Her height and weight are approximately 5 feet 6 inches and 58 kg, respectively. She also has black hair and black eyes. Aside from that, nothing is known about the anchor’s other bodily measurements.