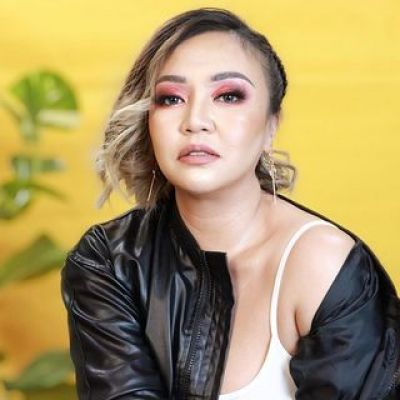 Anne Clutz is a social media personality from the Philippines. Anne Clutz is a Youtube sensation known for the wide range of stuff she posts on her channel.

Who is Anne Clutz? Anne Clutz is 36 years old, having been born on November 30, 1984. Her zodiac sign is Sagittarius, and she was born in Manila, Philippines. Anne has kept a lot of information about her parents, siblings, and other family members private. She has also yet to reveal details about her educational journey. Her entire name is Joanne Clutario, by the way.

What is Anne Clutz’s Height? There is no information about Anne Clutz’s body measurements, such as her height, weight, chest-waist-hip measurements, dress size, shoe size, and so on. Anne, on the other hand, has brown hair and brown eyes.

Anne Clutz is a social media sensation in her professional life. She is mostly a Youtube video creator and vlogger. Anne focuses on beauty, product reviews, makeup tutorials, hauls, affordable finds, and all things Pinay on her YouTube channel. Anne’s channels have Filipina-friendly videos on all of her channels.

Skincare, MOTDs, possibly some OOTDs, wonderful product finds, the latest happenings in her life, and some random ramblings are among the themes covered in her vlogs.

Since 2013, she has also shared daily vlogs, Pinoy, daily vlogs, and life vlogs on her secondary channel “anneclutzVLOGS.” Anne started her primary channel, which is likewise self-titled, in January 2012. Similarly, she and Nathalie Paris have joined forces to create the StyleHaul YouTube channel.

Furthermore, she was previously known online as “Theanneclutz.” Anne is also a huge fan of creating cosmetic lessons and first impression reviews. Her videos and the things she promotes are all inexpensive.

Anne also enjoys connecting with the audience. She’s also quite forthright and honest in her reviews. She devotes all of her time and energy to crafting beauty videos. Anne, likewise, vlogs every day with her family on her daily vlogging channel, “anneclutzVLOGS,” and shares her life with her adoring audience.

HOW TO NOT LOOK LIKE A LOSYANG is the oldest video on Anne Clutz’s primary Youtube channel “Anne Clutz.” Since April 23, 2013, this channel has received over 254.9k views.

Who is Anne Clutz’s Boyfriend? “Papa Kitz” is Anne Clutz’s husband. His real name isn’t stated, but Anne refers to her husband as Papa Kitz on the internet. HUSBAND BUYS MY MAKEUP! was one of Anne’s videos in which she included her husband. This particular video was uploaded in the year 2017. The couple also has a daughter named Jeya Clutario and a boy named Joo Clutario.

Her “Anne Clutz” Youtube channel, which she started on January 5, 2012, has over 143 million views and 1.41 million followers. On April 27, 2013, she launched her vlogging channel, “anneclutzVLOGS.” This channel has received more than 219.8 million views and 1.05 million subscribers so far.

Anne Clutz’s Income And Net Worth

How much is Anne Clutz’s Income? She and her spouse also have a YouTube channel named “Kitz ClutZina.” The majority of the videos on this channel are recipe/food-related. For more information, we can contact Anne Clutz at [email protected] Moving forward, Anne Clutz’s net worth is estimated to be around $190,000 USD as of November 2020.