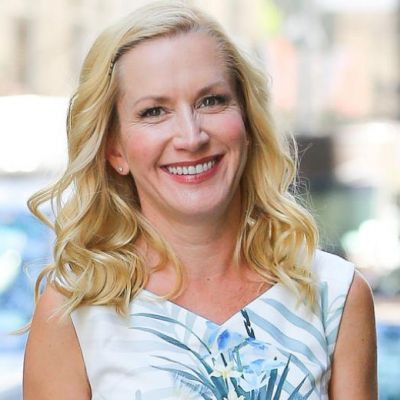 Angela Kinsey is an American actress best known for her role in the NBC sitcom The Office. She is well-known for her roles as Angela Martin in “The Office” and as an actress in “Haters Back Off.” Her distinct acting style and hardworking personality make her one of the world’s most recognizable actresses.

Angela Kinsey was born on June 25, 1971, in Louisiana, USA. Her family relocated to Jakarta, Indonesia, when she was only two years old. In Jakarta, her father worked as a drilling engineer. She attended Jakarta Intercultural School for her primary education. Her family returned to the United States after a few years. She graduated from Baylor University in 1993.

Angela Kinsey began her career by appearing in several sitcoms. In 2005, she was cast as Angela in the television series “King of the Hill.” In 2007, she played Judith the Jewelry Clerk in the film License to Wed.

In 2009 and 2010, she starred in the films “Tripping Forward” and “Furry Vengeance.” Angela also appeared in several advertisements for Clairol hair products for the first time in 2011. She portrayed Bethany, Miranda Sings’ mother, in the television series Haters Back Off.

In 2018, she also appeared in the films Andover and Extracurricular Activities. She adores cats and thus assists the Alley Cat Allies organization in saving and improving the lives of cats.

Angela Kinsey was praised by many celebrities and actors for her beauty and talent as an actress. She was also nominated for the majority of the awards. In 2007, she received her first Screen Actors Guild Award for Outstanding Performance by an Ensemble in a Comedy Series for her outstanding performance in the show The Office. She won the same award again in 2008. Also in 2008, she received another award from TV Land Awards in the category “Future Classic” for her performance in the same show, The Office.

In the year 2000, she married Warren Lieberstein. Warren is also a writer and producer in the film and television industries. Isabel Ruby Lieberstein, her first child, was born on May 3, 2008. This couple, Angela and Warren, later divorced in 2010. In 2016, Angela remarried Joshua Snyder.

Angela Kinsey’s Salary and Net Worth

Angela Kinsey’s net worth is estimated to be around $20 million as of July 2022. Her acting career is primarily responsible for her enormous net worth. The majority of her wealth came from her role as Angela Martin on the NBC show The Office. Some TV shows and advertisements also contributed to the massive wealth.