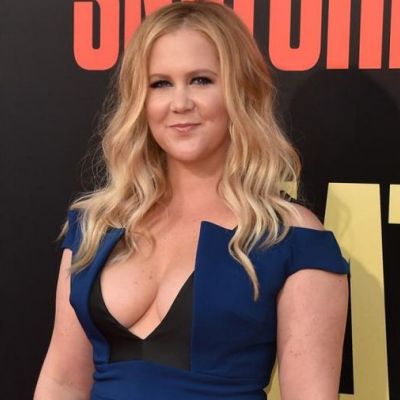 She has since demonstrated her exceptional talent as an actor and stand-up comedian, earning her numerous awards and nominations.

Amy Beth Schumer was born in New York on June 1, 1981, to Sandra Jane and Gordon David Schumer. When her parents divorced, she attended high school on Long Island. Upon graduation, she was voted ‘Teacher’s Worst Nightmare’ and ‘Class Clown.’ She went on to Towson University in Maryland, where she earned a degree in theatre. She returned to New York and studied at the William Esper Studio while also working as a waitress and bartender.

Her first job after graduation was as a young woman with breast cancer in ‘Keeping Abreast,’ an off-Broadway black comedy. Her first stand-up comedy performance took place at Gotham Comedy Club. She then went on to audition for the NBC reality talent show ‘Last Comic Standing,’ where she had an unsuccessful audition, but with re-auditioning, she made it to the finals and finished in fourth place, giving her national exposure in 2007.

In 2011, she released her debut stand-up album, ‘Cutting,’ but there was more to come, including a spot on ‘The Comedy Central Roast of Charlie Sheen.’ She had her first comedy special, ‘Mostly Sex Stuff,’ on Comedy Central, and in 2013, she performed in her comedy show ‘Inside Amy Schumer,’ which won an Emmy in 2015.

She also appeared in the 2015 summer hit Trainwreck,’ a semi-biographical portrait starring Bill Hader. Her writing was also a big hit, with her 2016 novel ‘The Girl with the Lower Back Tattoo’ becoming a New York Times Best Seller. She also appeared in ‘Snatched,’ a mother-daughter comedy. Schumer made her Broadway debut in 2017 with Steve Martin’s comedy play Meteor Shower. Following the horrific shooting incident at a screening of ‘Trainwreck’ in Louisiana, she has been seen advocating for increased mental health funding and gun control laws.

She has previously dated many celebrities, including professional wrestler Nick Nemeth, comedian Anthony Jeselnik, and Chicago furniture designer Ben Hanisch. She married farmer and chef Chris Fischer in California in 2018 after her relationship with Ben Hanisch ended in 2017.

Amy Schumer’s Salary and Net Worth

Amy Schumer’s net worth is estimated to be $20 million as of July 2022. Her net worth is the sum of her earnings from stand-up comedy, plays, movies, and books. The romantic comedy film “Trainwreck” catapulted her into the big leagues, grossing more than $140 million worldwide. She received a more than $8 million advance for her book “The Girl with the Lower Back Tattoo.”