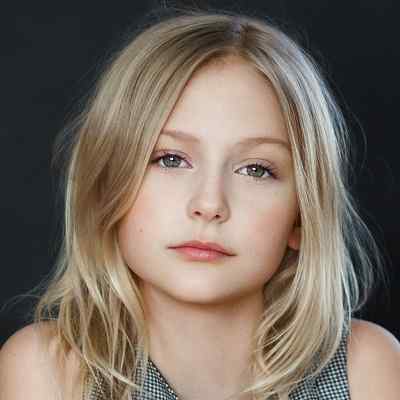 Alyvia Alyn Lind is a thirteen-year-old girl. She was born on July 27, 2007, in the state of California, under the zodiac sign of Leo. Barbara Alyn Woods, her mother, is an American actress best known for her roles in the television shows One Tree Hill and Honey, I Shrunk the Kids. Her father’s name is John Lind, and he works as a manufacturer.

She has two older sisters, Natalie Alyn Lind and Emily Alyn Lind, all of whom are actresses. She is the Lind family’s youngest member. She was born and raised in Los Angeles. She started acting at the age of three and comes from a family of entertainers.

She was raised in an animal-loving household. As a result, she has a fascination for pets and enjoys being a mother to her rescued malti-poo called “Georgie.” She enjoys recording songs and making movies with her sisters, practicing guitar, writing poetry, and dancing in her spare time. She grew up watching her mother and looks up to her as an actress.

Furthermore, there is no detail about her educational background; however, based on her age, she could be in middle school right now. She is both of Scandinavian and English ancestry.

In terms of work, Alyvia Alyn Lind is a child actress from the United States. She began acting at a young age, following in the footsteps of her mother and older siblings. She has acted in a number of television and film projects. At the age of six, she made her feature film debut in Dark Skies in 2013.

She’s also appeared as a guest star on shows including NCIS and Masters of Sex. She starred in the feature film Blended in 2014. See Dad Run, Revenge, A Date to Die For, Gamer’s Guide to Pretty Much Everything, Teachers, Future Man, Dolly Parton’s Coat of Many Colors, and Transparent are just a few of the projects she’s worked on.

In 2019, she was cast in the Netflix comedy-drama series Daybreak as Angelica Green. She also portrayed Autumn Snyder in the film Walk Ride Rodeo. She will soon be seen in the film Masquerade as Casey for her next project.

She’s already a seasoned actor at the age of 13, and she’s adding to her resume with the forthcoming remake of Goldie Hawn’s classic comedy, Overboard.

Alyvia, a talented young actress, has also earned a nomination for her many television and film appearances. She was also nominated in the adult category for Best Actress at the prestigious Critics’ Choice Awards, alongside Kathy Bates, Kirsten Dunst, and Rachel McAdams. She also received the Grace Award for Best Actress from Movieguide.

She received an Emmy nomination for Outstanding Younger Actor in a Drama Series for her role as Faith Newman in the television daytime drama “The Young and the Restless.” Furthermore, her contribution to the film industry would almost certainly earn her more awards and nominations.

When it comes to the earnings of talented child actress Alyvia, she has clearly amassed a sizable fortune at such a young age. As a result, her earnings are expected to be in the range of $100k to $500k. Her ancestors have worked in the film industry. Barbara, her mother, is estimated to have a net worth of $3 million. She has certainly maintained a lavish lifestyle as a result of her upbringing in an affluent family.

Alyvia, a cute and adorable child actress, is undoubtedly single. She’s only 13, and she’s much too young to be interested in marital relations. However, this girl has undeniably spread her appeal through her various television and film roles, attracting young boys to her.

She is young and talented, and she is honing her strength and abilities in order to realize her dream. Furthermore, she will undoubtedly be dating her ideal boy in the near future. Furthermore, she has consistently maintained a positive public image throughout her career and has not been involved in any controversial acts.

Alyvia has a lovely pair of blue eyes and blonde hair, according to her body measurements. There is also no detail about her height, weight, or other body stats. Her body dimensions are subject to change because she is still developing.