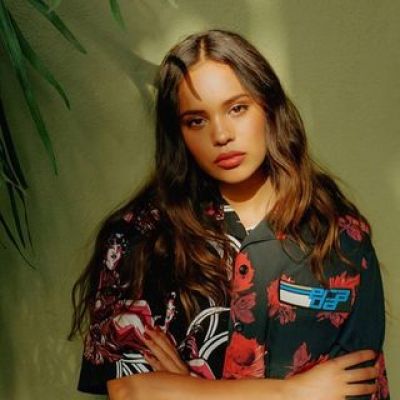 Alisha Boe is a young Norwegian-Somali actress. She rose to prominence after portraying Jessica Davis in the Netflix series “13 Reasons Why.”

Who is Alisha Boe? Alisha Boe is a 23-year-old actress who was born on March 6, 1997. Her zodiac sign is Pisces, and she is from Oslo, Norway. Alisha’s mother’s name is Vibeke, and she is the matriarch of her family. Alisha is also of Somali and Norwegian ancestry. Alisha’s father is from Somalia, and her mother is from Trondheim, Norway. Alisha relocated to Los Angeles, California, when she was seven years old. It was due to her mother’s marriage to an American. Her full name is Alisha Ilhaan B, and she has a younger brother whom she frequently includes in her Instagram posts.

Alisha Boe attended El Camino Real High School during her academic career (ECR or Elco). It’s in the San Fernando Valley section of Los Angeles, California, in the Woodland Hills district. She was a part of the drama curriculum at this school. Alisha formerly attended Woodlake Elementary School as well as George Ellery Hale Middle School and Ivy Academia Middle School. She completed her middle school education at Hale. Alisha Boe also spent her junior and senior years of high school at Olin Virtual Academy. She did so in order to maintain a healthy work-study balance.

What is Alisha Boe’s Height? Alisha Boe is a tall woman, standing 1.63 meters (5 feet 3 inches) tall. Her chest, waist, and hip measurements are also around 33-25-34 inches. She has dark brown wavy hair and dark brown eyes.

Boe is a newcomer to the acting world. In the year 2008, she made her acting debut. In the horror thriller Amusement, she made her debut as a young Lisa Swan. She starred as Laci in the film He’s On My Mind in 2009. She starred as Brooke in the short film Plastic Makes Perfect! the same year.

In the year 2012, Alisha Boe starred as Tara in the film Paranormal Activity 4 and as Pretty Girl in the episode “Everything Is Not Okay” of the TV show Parenthood.

Following her role on Parenthood, Alisha Boe went on to star in a number of other television shows, including Trophy Wife in 2013, Modern Family in 2014, and Extant in 2015. She played Brynn Hendy in two episodes of Extant and Tracy McCoy in one episode of Modern Family.

Soon after graduating, Alisha Boe began pursuing a career in acting. She was the first Somali-American actress to play a leading part in an American film since Iman. Iman, also known as Zara Mohamed Abdulmajid, is a Somali model, actress, and entrepreneur who is 65 years old at the time of writing.

In addition, Boe played Daphne in 15 episodes of Days of Our Lives. In the years 2014 and 2015, these episodes were broadcast. She next played Janet in four episodes of Ray Donovan, which aired between 2015 and 2016.

Then, in 2015, Alisha made her TV debut as Farrah Meyers in the episode “Viral” of NCIS. In the same year, she played Becca in six episodes of the program Casual. Alisha played Grace Clarke on the episode CSI: Cyber from 2015 to 2016. Boe also played Gwen in three episodes of Teen Wolf in 2016.

Alisha Boe began portraying Jessica Davis in the Netflix series 13 Reasons Why in the year 2017. She rose to prominence as one of the major characters in this series, which aired from 2017 to 2020.

Alisha Boe completed her own research before taking on the part of Jessica Davis. The teenage actress sought advice from a family member who had been raped. This was to learn about the inner workings of a victim’s mind, as Jessica is also a rape survivor in this series. As a result, Boe was able to identify with her character’s feelings.

Alisha supplied voice to Raina in the Robot Chicken episode “No Wait, He Has a Cane” in 2018. She also played Violet in the film 68 Kill, which she starred in a year ago.

Alisha Bo starred in three different films in the year 2019. In the films Gates of Darkness, Poms, and Yes, God, Yes, she played Alexa O’Connor, Chloe, and Nina.

Who is Alisha Boe’s Boyfriend? Alisha Boe is now involved in a love relationship. She has not, however, revealed the identity of her lover boy. Alisha Boe, on the other hand, has posted a couple of images of him on her Instagram account. Her lover was also described as “the best quarantine companion a female can have.” On 10 April 2020, she uploaded a photo of her lover for the first time, stating that the shot was taken “last summer.”