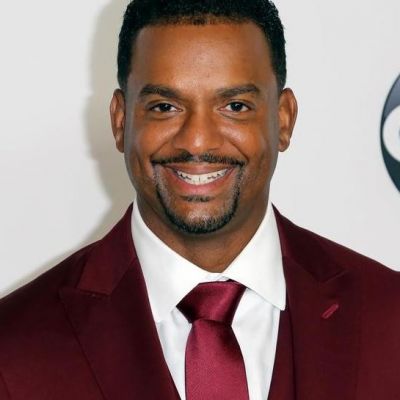 Alfonso Ribeiro is a tap dancer, actor, director, and TV personality. He is known for hosting the TV show “America’s Funniest Home Videos.”

Alfonso Lincoln Ribeiro Sr. was born in New York on September 21, 1971. Michael and Joy Ribeiro, his parents, were of Trinidad and Tobago descent. His grandfather was an accomplished Calypsonian from Trinidad.

Rebeiro began his career when he was only eight years old. He received his first acclaim in 1983 as the lead in “The Tap Dance Kid,” for which he was nominated for an “Outer Critics Circle Award.” In 1984, he appeared as a dancer in a Pepsi commercial starring Michael Jackson and was cast in the television series “Silver Spoons.”

In 1985, Alfonso advertised his dance instruction book, “Alfonso’s Breakin’ & Poppin’ Book,” on MTV. His role as Carlton Banks in the situation comedy “The French Prince of Bel-Air” launched him to fame, which lasted from 1990 to 1996. Playing Will Smith’s cousin in the show earned him widespread recognition, and “The Carlton” became a popular dance move in the years that followed.

The same year, Ribeiro competed in the 13th series of “I’m a Celebrity…Get Me Out of Here!” and finished seventh. After winning the 19th season of “Dancing with the Stars” in 2015, he returned as a guest judge in the 21st season. In 2015, he began hosting the show “America’s Funniest Home Videos.”

Ribeiro has received numerous awards and nominations throughout his long career. From 1985 to 1987, he was nominated for a Young Artist Award for Best Young Actor for his role in the TV series Silver Spoon. He was named Outstanding Supporting Actor at the Image Awards in 1996 and 1998. He was nominated for a BET Comedy Award for directing a comedy series in 2005.

Ribeiro married Robin Staler in January 2002, but the couple divorced in 2007 due to disagreements. They have a daughter over whom they share custody.

He later became engaged to Angela Unkrich, with whom he married in October 2012. They have two sons who were born in 2013 and 2015.

He had a sabbatical from school due to consecutive seasons of the TV show “Silver Spoon.” After the series ended, he attended California State University, Los Angeles, and continued his career there until 1990.

Alfonso Ribeiro’s Salary and Net Worth

Ribeiro’s net worth is $10 million as of September 2022. Which he has been doing since he was a child. He is an excellent host and stage performer.