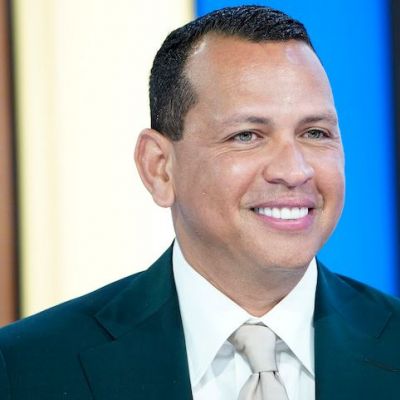 He has 22 seasons of Major League Baseball (MLB) experience and is one of the most well-known names in American baseball.

Rodriguez was born on July 27, 1975, in Manhattan to a Dominican family. His family returned to the Dominican Republic when he was four years old, but they soon returned to Miami, Florida.

Rodriguez had a lifelong interest in baseball and had his own set of favorite teams and players. He attended Christopher Columbus High School before being transferred to Westminster Christian School at the end of his freshman year. Here, he became a star shortstop on the baseball team and a quarterback on the football team. Westminster won the high school championship when he was in his junior year.

Rodriguez was named USA Baseball Junior Player of the Year in 1992, and he was the first high school player to try out for the US national baseball team. He went on to be regarded as the country’s top prospect.

Rodriguez signed a letter of intent indicating his willingness to play for the University of Miami; the university recruited him to play quarterback on the football team. He declined the university’s offer and resolved never to play for a college team again. He later signed with the Seattle Mariners.

Rodriguez is regarded as one of the highest-paid and most well-known baseball players in the United States. He has 22 years of MLB experience, having played for the Seattle Mariners, Texas Rangers, and New York Yankees. Apart from receiving numerous awards for his performances, he has also been involved in a number of controversies.

He has frequently been chastised for his unruly behavior with the media and his use of illegal performance-enhancing drugs.

Rodriguez was chosen by The Mariners in the 1993 MLB draft; he made his major league debut the following year, at the age of 18. He became the team’s starting shortstop before leaving after the 2000 season to join the Rangers. The ten-year contract was signed for $252 million and was known as the richest contract in baseball history.

He was traded again before the 2004 season, this time to the Yankees. He became the team’s third baseman and was named the AL MVP in both 2005 and 2007.

He ended his professional career last August with his final game; he was unable to continue playing due to knee and hip injuries.

Rodriguez has been an All-Star 14 times, won the American League three times, received the ‘Most Valuable Player Award,’ ten Silver Slugger Awards, and two Gold Glove Awards. He has also won a number of grand slams.

Rodriguez married Cynthia Scurtis in 2002 and divorced her in 2008. He is also the father of two children from his marriage to Natasha and Ella Alexander. He was rumored to be dating singer and actress Jennifer Lopez in 2017.

Alex Rodriguez’s Salary and Net Worth

Alexander Rodriguez, the world-famous and globally renowned baseball player, is estimated to have a net worth of $380 million as of July 2022. He has signed some extremely lucrative deals and contracts, increasing his earnings significantly.