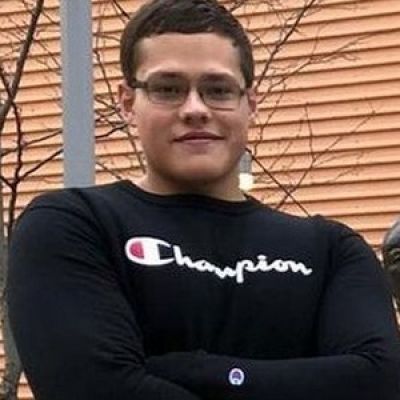 Aleksandr Beziazykov is well-known as an arm wrestler. In the arm-wrestling community, this guy is a beast, ranking second in the Unified Ratings of Professional Armwrestling in the right-hand, heavyweight class.

Who is Aleksandr Beziazykov? Aleksandr Beziazykov was born in Russia on November 30, 1997. Aleksandr has Russian ancestors. Irina Beziazykova is his mother’s name. She’s also been spotted on Aleksandr’s Instagram account. Alex Tropoll, his brother, is a YouTube sensation. He maintains the ARMWRESTLING TV YouTube channel, which records his and his brother Aleksandr’s exploits in the realm of competitive arm wrestling. His channel now has over 1.2 million subscribers. Aleksandr Beziazykov had a wonderful upbringing, surrounded by a lot of love and care from her parents. They were constantly addressing all of Aleksandr’s needs in order for her to follow her desires. In plain terms, Aleksandr had a childhood that certainly had a significant part in achieving the accomplishments that Aleksandr is currently making.

Who is Aleksandr Beziazykov’s Girlfriend? Aleksandr is undeniably a beast in the arm-wrestling scene, and his arm-wrestling clips have caught the attention of many people. Because he has such a large fan base, it is likely that many of his fans would like to know about his relationship status as well.

When it comes to Aleksandr’s personal life, he appears to be single at the present. He hasn’t spoken anything about it on the internet, and he hasn’t presented anybody as his girlfriend until now. We looked through his social media profiles and couldn’t uncover anything that suggested he was in a relationship. So, for the time being, Aleksandr is single.

At the age of 13, Aleksandr began training in arm wrestling. He began it simply as a game to compete with his sibling. His brother, Alex Tropoll, is a YouTube sensation best known for his program ARMWRESTLNG TV. Aleksandr abandoned arm wrestling at the age of 14 to pursue his pastime of playing DOTA 2. However, he soon understood what his actual love was and returned to the sports after two years and resumed training to compete. He is now regarded as one of the sport’s best young talents, and he is rated second in the Unified Ratings of Professional Arm Wrestling in the right-hand, heavyweight class. He is regarded as one of the sport’s primary proponents during the late-2010s arm-wrestling boom. In the 78 kg+ junior division, Aleksandr won the China Open Championship in Shenzhen. In October 2020, he drew a lot of attention online as the topic of a much-anticipated bout versus powerlifter and fellow YouTube celebrity Larry Wheels, which Aleksandr won.

Aleksandr Beziazykov’s Income And Net Worth

How much is Aleksandr Beziazykov’s Income? Beziazykov, Aleksandr ARM WRESTLING NET WORTH: Aleksandr has not disclosed any information regarding his earnings or earnings from arm wrestling. However, the average wage of an arm wrestler is reported to be over $47,000, according to jacoblouis.com.

Sponsorship: Because he has over 152k followers on Instagram, sponsors pay a fee for each post he makes. Taking his most recent 15 posts into account, the average engagement rate of his followers on each of his posts is 9.77 percent. As a result, the average estimate of the sponsorship fee he asks for is between $460.5 and $767.5.

Thus, based on the revenue streams described above, Aleksandr Beziazykov’s projected net worth is $200,000 – $300,000 throughout the years.