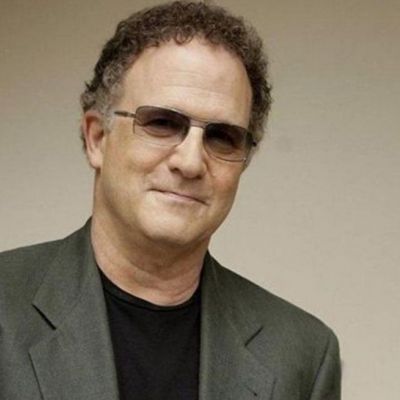 Albert Brooks is a comedian, actor, and filmmaker from the United States. He is best known for his roles in films such as Drive, Broadcast News, Taxi Driver, Unfaithfully Yours, My First Mister, and Private Benjamin. Brooks has directed, written, and acted in a number of comedies, including Lost in America, Defending Your Life, and Modern Romance. He has also successfully voiced characters in a number of films.

On July 22, 1947, Albert Lawrence Einstein was born in Beverly Hills, California. He is the son of Henry and Einstein Leeds, as well as Thelma Leeds. His mother was an actress and his father was a radio comedian. Cliff and Bob Einstein are his brothers.

Brooks is also Charles Einstein’s half-brother. He attended Beverly Hills High School for his education. He later enrolled at Carnegie Mellon University in Pittsburgh. However, he soon dropped out to pursue a career in comedy.

Albert Brooks was a voice actor on the TV show Hot Wheels in 1969. He appeared in two episodes of The Odd Couple a year later. Brooks also made an appearance on Saturday Night Live in 1975. He has provided numerous voices for The Simpsons. He appeared as Lenny Botwin in the television series Weeds in 2008. In 1973 and 1975, he released the comedies Comedy Minus One and A Star Is Bought.

Brooks made his acting debut in the 1976 film Taxi Driver. In 1979, he wrote, directed, and starred in the film Real Life. In 1981, he was the actor, writer, and director of Modern Romance. He played Norman Robbins in the 1984 film Unfaithfully Yours. Brooks also wrote, directed, and starred in Lost in America in 1985. In 1987, he appeared in the critically acclaimed film Broadcast News.

He was the actor, director, and writer for Defending Your Life in 1991. He was also the writer and star of The Scout, a 1994 film. He went on to direct, write, and star in the 1996 film Mother. In the 1998 film Doctor Dolittle, he played Jacob the Tiger. This was followed by a role as Richard Ripley in the film Out of Sight. He became the director and actor of The Muse in 1999.

Looking for Comedy in the Muslim World was his most recent film as an actor and director. Other films in which he has appeared include This is 40, Drive, and A Most Violent Year. His film and television credits include The Secret Life of Pets, Finding Dory, The Little Prince, The Simpsons Movie, and I Love You, Daddy. In addition, in 2019, he was the narrator of the audiobook Rattletrap Car. ‘2030: The Real Story of What Happens to America,’ is his literary work.

Albert Brooks was nominated for an Academy Award for “best actor in a supporting role” in 1988. In 1988, he received the American Comedy Award. The actor also received 2017 Behind the Voice Actors Award. He was nominated for a Golden Globe Award for his performance in Drive in 2012. He also received the Satellite Award, the Kids Choice Award, and the National Society of Film Critics Award.

Albert Brooks and Kimberly Shlain have been married since 1997. Claire and Jacob are the couple’s two children. Before entering the entertainment industry, he decided to change his name because Albert Einstein was already a well-known theoretical physicist.

Albert Brooks’s Salary and Net Worth

Albert Brooks’ net worth is estimated to be $35 million as of June 2022. He was successful not only as an actor but also as a filmmaker. He has worked as an actor, writer, and director throughout his career. Brooks has produced many commercially successful films, and his salary for Scout in 1994 was $3 million.

Albert Brooks wields considerable power. Despite his success in a variety of fields, he has never been involved in a controversy. The actor has also been able to maintain a happy marriage. In his career, he has undertaken numerous projects and received numerous awards and nominations.