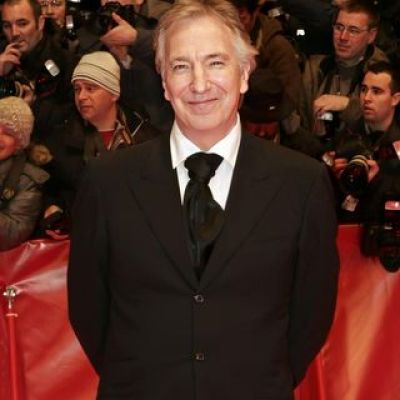 Alan Rickman was an English actor and producer who worked tirelessly in the film industry from 1974 until his death.

Who is Alan Rickman? Alan’s full name was Alan Sidney Patrick Rickman, and he was born in Acton, West London, on February 21, 1946. Bernard William Rickman, his father, was a factory worker, house painter, and decorator when he was born into a working-class family. Margaret Doreen Rose, his mother, was a housewife. When he was eight years old, his father died of lung cancer. His single mother raised him along with two brothers, David and Michael, and a niece, Sheila. He also belonged to the Pisces zodiac sign and was 69 years old when he passed away. Alan Rickman was a British citizen.

He belonged to the White ethnic group. He was descended from English, Irish, and Welsh ancestors. His religious beliefs were also mixed, as his father was a devout Roman Catholic and his mother was a devout Methodist. Alan Rickman attended Derwentwater Primary School until he graduated. He was then accepted into Latymer Upper School, where he was awarded a scholarship. He went on to Chelsea College of Art and Design and the Royal College of Art after that. Meanwhile, he worked as a graphic designer for the influential Notting Hill Herald newspaper.

Rickman worked as a stage artist in theatre before moving into television and film. In 1976, he made his stage debut in the Birmingham Repertory Theatre’s production of “Sherlock Holmes.” He then went on to work for the Royal Shakespeare Company, The Royal Court Theatre, The Royal National Theatre, and several other theatre companies. Meanwhile, in 1978, he made his first appearance on television in the BBC Television Shakespeare series “Romeo and Juliet.” He also starred in 1980’s ‘Shelly,’ 1982’s ‘Smiley’s People,’ 1985’s ‘Girls on Top,’ and 1989’s ‘Screenplay.’ In the 1990s, he appeared in the films “Fallen Angels” (1993) and “Rasputin: Dark Servant of Destiny” (1996). His other television appearances were in 2002 on ‘King of the Hill,’ in 2004 on ‘Something the Lord Made,’ and in 2010 on ‘The Song of Lunch.’

Alan Rickman made his acting debut as Hans Gruber in the 1988 film “Die Hard.” In the following years, he appeared in minor roles in films such as “The January Kid,” “Closet Land,” “Truly, Madly, Deeply,” and others. He also starred in the action-adventure film “Robin Hood: Prince of Thieves” as Sheriff of Nottingham. In 1994, he starred in the Canadian-British-German biographical film “Mesmer,” and in 1995, he starred in the period drama “Sense and Sensibility.” In 1996, he released ‘Michael Collins,’ a biographical period drama film. Similarly, in 1997, he directed and wrote a film called “The Winter Guest,” in which he also has an uncredited role. Rickman’s career took a big turn when he joined the cast of the ‘Harry Potter film series, in which he played the villain, Professor Severus Snape.

Who is Alan Rickman’s Girlfriend? When Alan Rickman was 19 years old, he dated Rima Horton. In 2012, he married Rima in secret. They shared a home from 1997 to 2016, until his death. They don’t have any children, either.

Aside from that, he was the president of the International Performers’ Aid Trust, a charitable organization. In addition, he used to collect funds and develop awareness campaigns.

Alan died on January 14, 2016, at the age of 69, from the final stages of pancreatic cancer. Rima Horton, his wife, received his ashes as well.

Alan Rickman has received many honors. He got two Primetime Emmy Award nominations, one of which he won in 1996 for his miniseries “Rasputin: Dark Servant of Destiny.” For the same series, he also received the Screen Actors Guild Awards, Golden Globe Awards, and Satellite Awards. Rickman was also nominated for a BAFTA Award in 1991 for his supporting role in the film “Robin Hood: Prince of Thieves.” In addition, he has won several nominations and awards for his work on the ‘Harry Potter film series. The San Diego Film Critics Society Awards, the People’s Choice Award, the 2011 MTV Movie Awards, and several others are among them.

Alan Rickman’s Income And Net Worth

How much does Alan Rickman worth? Alan Rickman was a fantastic and versatile actor in Hollywood. Before his death, he had a net worth of $16 million.