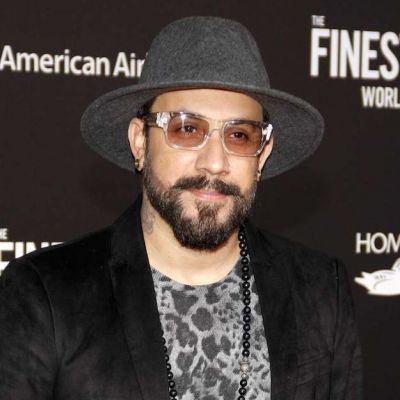 Aj McLean is a singer, songwriter, dancer, actor, and model. He is known as a member of the popular singing group the Backstreet Boys.

Aj McLean was born on January 9, 1978, in West Palm Beach, Florida, to Denise and Bob McLean. He is essential of German and Puerto Rican heritage from his mother’s side, and of English and Scots-Irish origin from his father’s side. It was discovered that he is his parents’ lone child because his twin sisters died during labor. Because his parents divorced when he was four years old, he was raised by his grandparents and his mother.

McLean suffered from a speech handicap as a child, which caused him to stutter and lisp. Initially, he concentrated on singing and acting, but he eventually emerged as a serious dance student, learning dance disciplines ranging from jazz to ballet and hip hop. When he was in junior high, he landed a part in the Nickelodeon-based sitcom Welcome Freshmen, which launched his career with Nickelodeon and the Disney Channel.

During 1993, he and Nick Carter, Kevin Richardson, Howie Dorough, and Brian Littrell formed the pop group Backstreet Boys. This band had a lot of popularity from the late 1990s to the early 2000s. Furthermore, McLean had played his first two solo gigs (as himself) in Los Angeles in 2008. This related show featured his solo material as well as a solo rendition of Backstreet Boys’ smash “Incomplete.”

Aj McLean founded Skulleeroz Vapor on July 22, 2015, as a brand of liquids for use with electronic cigarettes. His most notable achievement to date is the establishment of his pop group Backstreet Boys in 1993. This ensemble was extremely successful and made him renowned.

In terms of his personal life, he married Rochelle Deanna Karidis, a makeup/hairstylist, on December 17, 2011, in Beverly Hills, California. On November 27, 2012, the couple welcomed their first child, a girl. The couple had their second child on March 19, 2017.

Aj McLean’s Salary and Net Worth

Aj McLean’s net worth is predicted to be $50 million as of September 2022. The celebrity amassed this substantial net worth while performing as a member of the Backstreet Boys. He began performing as a child actor when he was eight years old, in the film “Truth or Dare.”