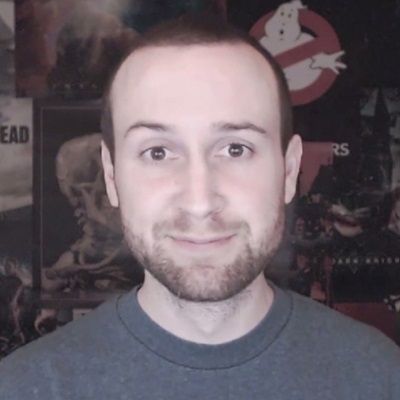 Adam Montoya is a YouTube video game commentator from the United States. Adam Montoya is best known online under the moniker “SeaNanners.” He’s also a YouTube gamer who plays ‘Call of Duty.’

On June 12, 1984, Adam Montoya was born in San Diego, California, United States. He is 36 years old and belongs to the Gemini zodiac sign. He has a sister, but her identity is unknown. He also attended San Diego State University, where he studied television, cinema, and new media production.

Before starting a full-time YouTube career in 2011, he worked for Machinima games. Adam enjoys skateboarding and other sports in addition to filming and editing YouTube videos. In addition, he has two cats.

VanossGaming, Markiplier, and Tom Cassell were among the commentators he worked with on games he played. GassyMexican, TheGamingTerroriser, Chilled Chaos, Mr. Sark, Uncle Slam, Mangaminx/TheRPGMinx, Hutch, Cathy Diep, BryceGames, RitzPlays, and Tejbz were among his regular collaborators. Montoya also confirmed on February 5, 2016, that he will voice Taskmaster in the Marvel Avengers Academy mobile app game.

Instead of finding stable employment after graduating from San Diego State, Montoya did freelance work such as recording weddings. Adam chose to film and upload his own game commentaries at the time, after being inspired by other early YouTube gaming commentators.

On March 3, 2009, Adam started a channel called “SeaNanners Gaming Channel.” Following the early success of his ‘Call of Duty’ commentary, he gradually shifted his focus to PC games and ‘Minecraft,’ which is currently his most popular game. With a slew of gaming video uploads gaining him enough traction to make his channel popular among gamers, Adam left Machinima.com to pursue his newfound vocation.

Work with JETPAK and Machinima

On December 3, 2009, Montoya posted a video to his YouTube account announcing that he had joined with Machinima Inc. and that they would be posting his gaming videos to their network channel. Montoya, meantime, announced on his YouTube account on June 14, 2010, that he was a full-time employee of Machinima.

On November 5, 2014, Montoya and his associates announced the debut of JETPAK, an MCN. As a result, he sought to develop a network that didn’t exploit YouTubers and their channels on a contractual basis. The MCN is run by former workers of Machinima.

Montoya revealed on November 2, 2016, that he would star in a new YouTube Red original series called The Paranormal Action Squad alongside Scott Robison and Evan Fong. On November 16, 2016, the animated comedy premiered. As a result, the show is an animated adult comedy featuring Eddie, Paul, and Vanoss, and it is written by Michael Rowe of Futurama fame. This is the 12th original series on YouTube Red.

Take a break from creating material.

He lowered his YouTube video release rate in 2018, going from at least one per week for the majority of his solo career to only five videos in 2018. He also only sent one tweet in 2018, a significant decrease from his usual weekly average of at least one. Adam has not confirmed a permanent retirement, but he has acknowledged taking a vacation from YouTube and video creation in guest appearances on friends’ channels in order to “get passive income up and running, whether I’m doing this or doing that […] looking extensively into real estate.”

In terms of his personal life, he is in a relationship with Cathy Diep. Since 2011, they’ve been dating. Cathy began appearing in several of his videos, despite the fact that their relationship was initially kept secret. Cathy is a YouTube gamer with a gaming YouTube channel called ‘Catabot,’ where Adam appears frequently. The couple keeps tagging each other in their Instagram pictures. They are, nonetheless, having a nice time and are appreciating their life together.

He has also kept a clean public profile free of rumors, scandals, and problems that could jeopardize his work or personal life. He is currently concentrating on his career and improving his abilities.

Adam has maintained a physically strong and healthy body. He is 5 feet 11 inches tall and weighs approximately 60 kilograms. His chest, waist, and hip dimensions are 42-32-37 inches. His biceps are 15 inches long, and he wears a size 12 shoe (US). He has dark brown eyes and short brown hair, just like her.

When it comes to his earnings and net worth, he undoubtedly earns a substantial sum of money from his career. As of 2020, he has a net worth of roughly $4 million.